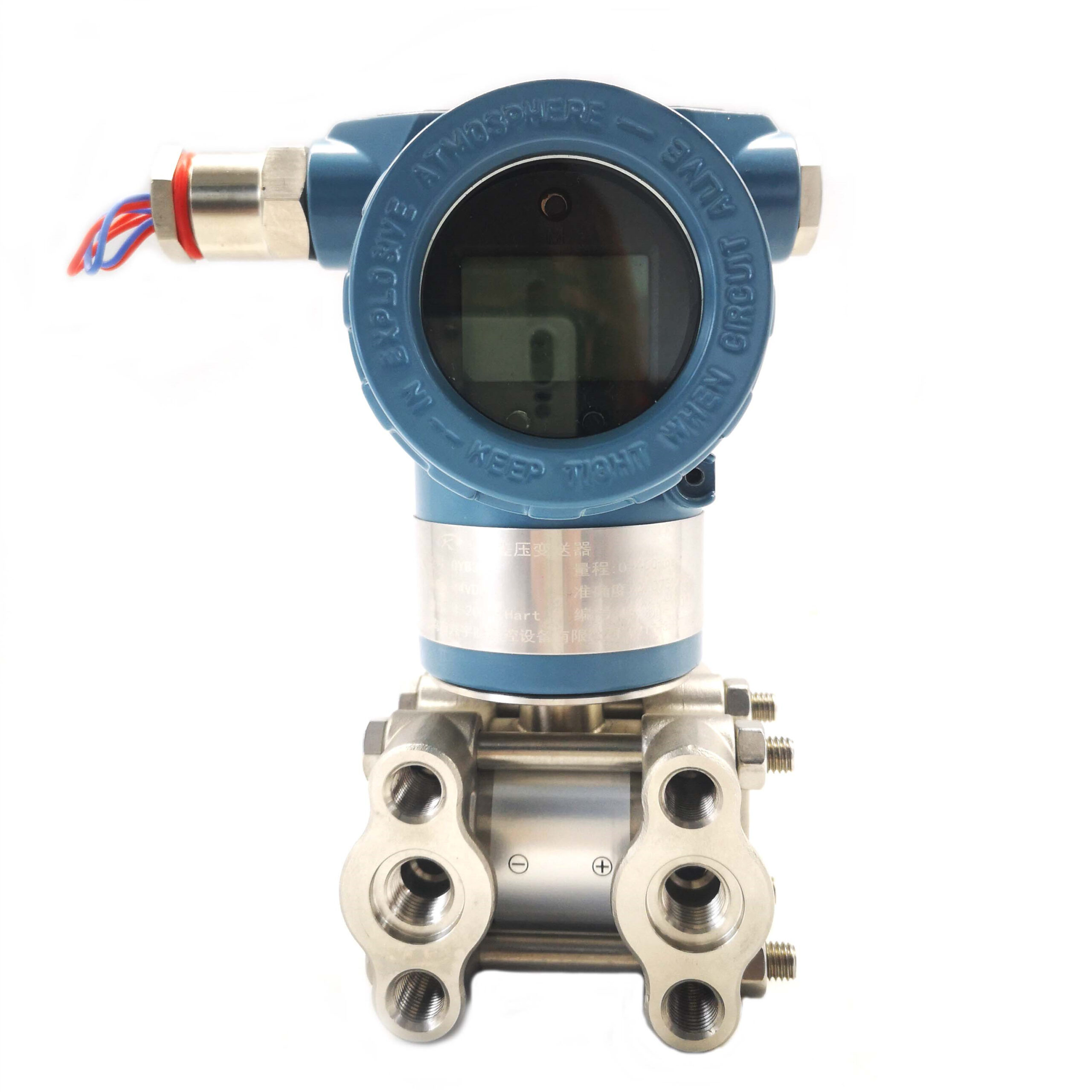 This method is one of the most widely used and inexpensive methods of measuring the height of the tank.

With the help of this method, the surface of single-phase fluids can be read.

As can be seen from the following equation, a change in fluid density (caused by a change in pressure or temperature) will affect the surface measurement and reduce accuracy.

From the intended connections on the tank, the connection of the tubes to the inlet of the HP and LP transmitter, pressure difference is made.

As it is known in this method, using the pressure difference at the top and bottom of the tank, the transmitter calculates according to the sub-surface relationship. 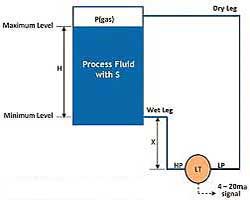 In the figure above, as shown, LT is also installed lower than the bottom nozzle.

As shown above, the HP tube has a wet leg and the LP tube has a dry leg. (More on these terms and transmitter calibration will be provided later.)

Note that according to the technical specification, most projects use this method if it is h> 1219mm.

This method is suitable for most fluids.

However, it is important to note that pipe restrictions for high altitudes mean that this method is not recommended for heights greater than 6 m.

Note that the lower nozzle on the tank should be placed in a place that prevents the entry of impurities (burrs) into the tubes.

As shown in the figure above, the installation is done in the form of Yoke (size 2 inches) or Bracket.

The connection size of the ½ ”NPT transmitter is considered to be at least SS316 inner material and Housing material, Die cast Aluminum and manifold material, SS316.

The connection of the Electrical part of the transmitter is usually M20x1.5 and the output signal is usually 4-20 mA HART Loop powered.

However, its Foundation fieldbus examples are also used in industry.

This method can also be used in closed and open tanks, in case we install the equipment on the open tank, we keep one of its bases open to the atmosphere.

There are two methods for calibrating the device. (1) dry leg (2) Wet leg 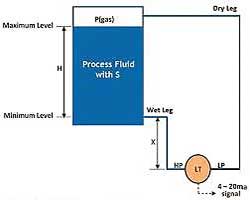 The calculated values ​​are given to the transmitter using the Hart Communicator.

In the wet leg mode, if the material inside the tank contains vapors, it will cause condensation in the upper leg, which creates an error in the pressure difference, so in this method, we also consider the upper base as a wet leg.

In other words, the upper leg is first filled with a reference fluid. Fluids such as distilled water and ethylene glycol (antifreeze) are recommended. 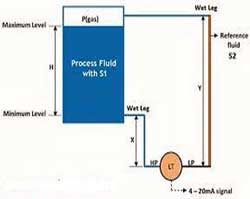 Common models of this equipment include Rosemount 3051 and Yokogawa EJA 110A.

The seal diaphragm should be used when the fluid is in a corrosive or high viscos corrosive tank.

The material of the wetted part of the flood diaphragm must be proportional to the fluid.

Usually special coatings can be used in the wetted part to increase corrosion tolerance.

Also, in some cases, operator access is considered and a flood diaphragm with a capillary tube is used.

Seal diaphragm with Capillary tube, which is made of SS316, is always supplied with the equipment.

There is no need to create a tubing during installation and the diaphragm seal flanges are placed directly on the tank nozzles.

In this case, the capillary can be considered on both legs and only on one leg.

In other words, the flange seal diaphragm is attached to the tank flange on one side and the other leg is connected to the other flange flange by capillary tube and seal diaphragm. (Flanges can be 2 or 3 inches with a pressure class of at least 300.)

The length of the capillary tube should be appropriate for the application, but at least 1 meter should be considered for it. The images below make the statements clearer.