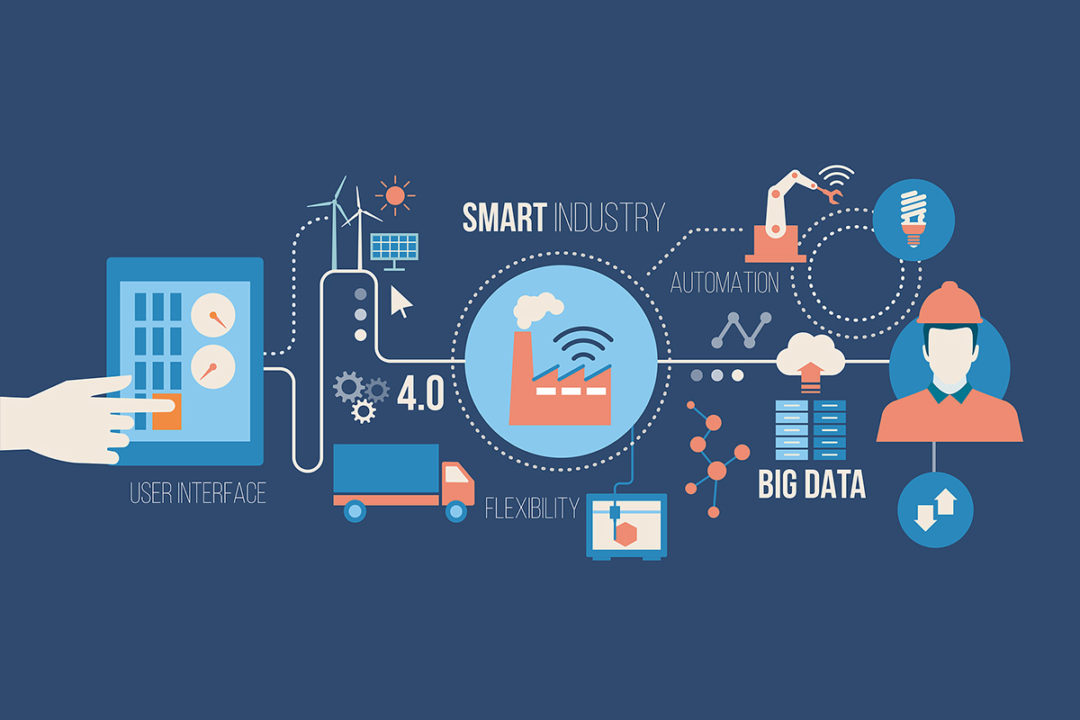 It can be said that process control is an application in the manufacturing process industries, satellites and guided missiles, biomedicine and engineering.

Process control is the setting, directing, or commanding of a system to achieve its intended purpose. This system is based on a system that is an arrangement of physical components or is related in such a way that it adjusts, directs, commands itself to achieve the realistic desired.

A process control system can do the following:

There are two types of control systems.

The control system in which the output affects the quantity of input to maintain the desired output is called the closed-loop control system.

A closed-loop control system is a system that measures its output and adjusts its input based on it using a feedback signal.

Component of a process control system

There are the following basic components that are always present in all control systems.

Most industrial processes require that certain variables, such as flow, pressure, temperature, and surface, remain at or near the reference value, which is called the set point. This device works to keep a process variable at the set point called the controller.

Industrial automatic controllers can be classified based on their control function:

In an on / off control operation, the output has only two modes, on or off. An on / off controller only works on the manipulated variable when the measured variable exceeds the set point. This is a two-mode control, just a switch set to turn off (or turn off if necessary) and turn off (or turn off if necessary) if the error is negative. Ex… Oven & Alarm Control. This is a two-position control used when the controlled process variables do not need to be stored in exact values. This is the cheapest type of controller that works best where the system is such that the rate of change of the measured variable is slower than the rate of change of the manipulated variable.

A controller action that may initiate more than two control positions according to the corresponding preset input values. 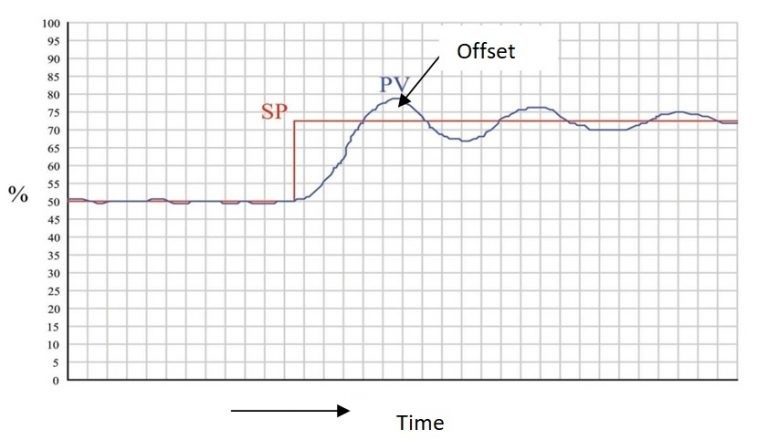 The amount of change in the output of the controller for a given change in the actuator error signal depends on the proportional band of the instrument, the range of the variable being controlled, which corresponds to the full operating range of the final control element. It is called correspondence control, drop control, and adjustment control.

Integral control function ( I ) or reset

As long as the measurement remains at the set point, the output does not change due to the integral mode in the controller. The output of the controller changes at a rate commensurate with the offset. Integral time indicates the power of this action. The time taken for integrated action to eliminate the “change” resulting from the action is proportionate.

In a closed loop, the integral action can be seen as the expansion or amplification of a proportional action. That is, the controller output responds to the error as long as there is an error. In the case of pure integrals, the error can fluctuate around zero and can be cyclic. Therefore, in the integral mode, it is never used alone, but is combined with the proportional mode to enjoy the benefits of both modes.

For many processes, a combination of tailored and integrated actions provides excellent control over speed and stability. However, the integrated function makes the controller adjustment a little more difficult. If set to too high (too fast), the integral operation can cause system instability.

By changing the PV, the controller resists change. The output of the controllers is proportional to the rate at which the difference between the measured value and the desired value changes. The output of the controller signal is a function of the rate at which the error changes. The derivative control operation provides a tool to obtain a highly sensitive controller. The advantage of using a derivative control action is that it responds to the rate of change of the stimulus error and can make a significant correction before the magnitude of the stimulus error becomes too large.

The proportional state considers the current states of the process error and the integral state looks at its past history, while the derivative state predicts its future state and acts on it. Derivative control predicts active errors before evolution, takes corrective action before it occurs, and tends to increase system stability.

The output of the derivative controller reaches zero, when the error is zero. Therefore, it should never be used alone because the faster error change speed can cause a very large sudden change in the controller output, which is why the gain should be low. Always used in combination with proportional or proportional control integrated action.

Combining PI mode eliminates the problems of proportional mode offset. Such a mode can be used in the system with frequent or high load changes. But the process must change relatively slowly to prevent fluctuations.