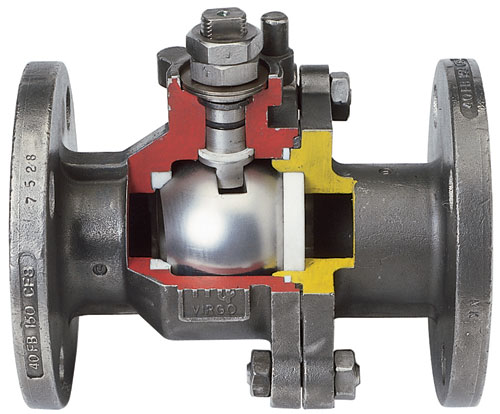 Fire protection is essential for industrial valves in sensitive applications where fire accidents occur easily. Valves used in the oil and gas, refinery, chemical and petrochemical industries must ensure reliable and safe shutdown in the event of fire. Fireproof design is an important criterion for such industrial valves . The term fire means the ability of a valve to minimize the amount of process lost (leakage) downstream or into the atmosphere after a fire test.

Existing industrial valves are not at risk of fire. The American Petroleum Institute (API) has developed fire tests for valves used in the oil and gas industry. After years of refining, API 607, ISO 10497, API 6FA, BS 6755 and BS 5146 have been adopted as fire test standards. There are several other standards and methods such as API RP6F, FM 6033, Exxon BP3-14-1, OCMA FSV-1 and so on. Many organizations use these standards as guidelines for their internal procedures for fire-fighting valves.

An internationally accepted firefighting strategy states that if the fire is not extinguished within half an hour, an exit and containment policy will be in place. Structural failures such as flanged screw failure, pipe rack failure and concrete eruption occur. According to this concept, the duration of the fire test is set at half an hour (30 minutes).

The principle of fire valve testing

The idea behind fire tests is that any safe valve under pressure should operate for a specified period of time after burning at high temperatures, and the leakage after burning should be within a specified range. The usual principle for testing fire safety valves or fire valves is as follows:

The closed valve is uniformly pressurized under high pressure water at high temperatures of about 750 to 1000 ° C for 30 minutes. When the valve is completely on fire, exposing the seating area and sealing areas to the combustion temperature, the heat intensity is controlled by thermocouples and calorimeter cubes. During this period, external and internal leakage from the valve is measured. This leak should be within acceptable limits. Also, when the milk cools after the fire test, the same pressure seals, shells and valve seals are tested.

Temperature is measured using two thermocouples. One is 25 mm below the test valve and the other is 25 mm from the upper stem packing box in the horizontal centerline.

Piping to the valve end connections for joint leakage is not part of the valve fire test.

The most widely used standard for testing industrial fire-fighting valves is API 607 ​​and API 6FA. Both standards are powered by an API. So what are the differences? API 607 ​​provides fire test criteria for rotary valves and other valves with non-metallic pressure vessels, while API 6FA provides fire test requirements for API 6A and API 6D valves. API 6FA is applicable for valves with metal seat.

Some confusing terms are often used about fire safety valves. they are:

Fire safety: Even “fire safety” is designed to protect the valve from fire. However, milk has not been tested.

Fire safety test: A “fire tested” valve can be tested. However, the milk has not been approved by the ruling third party.

Fire safety certification: The term “certified and approved fire safe” for valves indicates that it has been tested, certified and approved by a third party under the instructions listed in common standards such as API 607, API 6FA, ISO 10497 . Etc. Fire safety ball valves are produced for applications that include explosive or fire environments, fire ball valves. These valves are specifically designed to limit the spread of fire. Fire hose valves are usually fire tested with API 607, API 6FA and BS 6755-Part 2.

Previous Post
What is the International Accreditation Association (IAF)?
Next Post
What is a solenoid valve and how does it work?