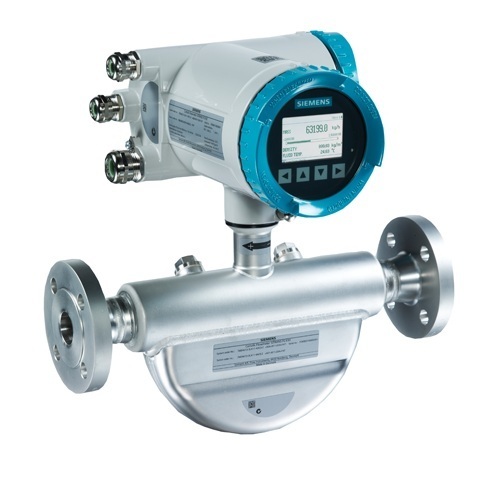 Flow calibration is necessary for any measurement system that provides information on the amount of temperature transferred. These measurements are in the form of mass per unit time and volume per unit time. In both types of measurements, the density of the passing material needs to be known. The main factors influencing density include pressure and temperature, and these factors are taken into account in any instrument calibration.

Calibration equipment can be bulky and expensive. Facilities related to calibration of water flow in international laboratories include a water storage tank with a volume of 220 cubic meters, 4 pumps with a capacity of 100 to 150 horsepower, weighing equal to scales up to 20,000 kg, 10 to 15 meters of piping with diameters of 1 to 16 inches.

The storage tank alone can be 25 meters long, 3 meters deep and 3 meters wide. In a 5-point calibration, this tank, valued at approximately $ 5,000, is used. And need to spend 4 weeks. These factors mean that most testing laboratories and industrial units can not take advantage of calibration facilities within their organization, and this means that there is usually the least tendency to calibrate flow meters in any control system.

Many flow meters are based on having a primary element with the right size and shape to produce a signal that fits the flow. This equipment includes Venturi perforated plates, eddy duct flow meters, turbines and turbines. The physical dimensions of these elements do not change unless the fluid passing through causes wear or damage during installation of this element.

For example, if the sharp upper edge of a perforated plate is broken by fluid wear or by impact with hard particles, a change in its differential pressure occurs. If this page bends due to incorrect installation or excessive flow, this problem will be observed again. If the change in the value of the dimensions from the initial calibration can be proved, the calibration period is applicable for it.

Therefore, users of this equipment must have the dimensions of deportation documented. Periodic calibration of flow meters according to their type is necessary.

Differential pressure transducers used for venturi or duct perforated plates must be calibrated at least once a year. The electronic equipment used in a vortex or turbine flowmeter can be calibrated by entering a signal similar to the shape and frequency of the generated wave by the turbine blades or a vortex ball.

There are arrangements for calibrating a large number of flowmeters or in the industries producing this flowmeter. These arrangements include the following:

PROVER type of piston for liquid calibration consists of a long cylinder made of stainless steel. The inner surface is perfectly polished to achieve the exact diameter. A piston in the form of a cylinder is used to move the calibrated flowmeter cylinder.

The piston is often moved by the air pressure behind it. The flow rate is changed by adjusting the back pressure and using the regulating valve in the flow meter path. Piston displacements are measured with the help of a linear eccentric with high accuracy. The output of these nozzles are pulses, each pulse of which indicates a small spatial change in the piston.

Therefore, each pulse can indicate a small change in the volume of liquid that is sent to the flowmeter being calibrated. Knowing the time between these pulses measures volumetric flow.

Pressure converters and temperature sensors are used to measure the state of the passing fluid. Calibrator signals are used in conjunction with temperature and pressure signals to the computer data collection system. Valves are used to return fluid from the reservoir to the cylinder, although this is done after the calibration process is complete.

This is a tank flow calibrator on a scale that is filled with a stopwatch. In practice, the chronometer becomes a system of timer sensors with a crystal clock. The calibrator design is such that the flow rate is constant during the measurement period and the maintained temperature and pressure conditions are measured. The information system controls the entire system and measures the test parameters.

The calibration system uses large pump storage tanks, diversion valves, flow filters, and straight and long piping with different diameters. Deflector valves are used to divert the normal flow path to the storage tank. The flow path after a specified time The weight must be changed after a certain amount of fluid has accumulated in the tank.

These types of calibrators are also known as gravimetric calibration systems. The word gravimetry refers to the fact that the discharge is determined by measuring the weight. The static gravimetric system is based on measuring the time that the diverter valve is in a position that allows the discharge to enter the collecting tank. Then the fluid mass Is measured in the tank that is calm and standing still.

Temperature and temperature volume pressure measurements for calibration of gas flow meters are generally used in the range of 1 to 2000 liters per minute. This type of calibration is known as the static volumetric calibration system of Dubai because this method determines the time required to fill a tank with a certain volume.

Venturi discharge is used to isolate the discharge meter from downstream pressure changes due to valve operation or pro-tank emptying. The tank is emptied with the help of a vacuum pump and then the drain valve is closed. Several pressure and temperature measurements are performed to calculate the initial density of the tank contents. The initial mass of the contents of the tank is calculated by knowing the exact volume of the cylinder and the amount of gas density inside it.

The gas is then sent into it by closing the tank valve. The timer starts working and the gas flow meter enters the tank to reach a certain pressure. It is at this point that the position of the valves is reversed and the timers stop. Temperature and pressure are measured again to calculate the final density of the tank contents

Subtracts the final mass obtained from the original mass and by knowing the duration of the increase of this mass, a mass is obtained. Finally, it compares the mass flow rate with the flow rate shown by the flowmeter.

The piping pressure and temperature between the flow meter and the tank valve are also measured. The mass related to the volume of gas is also calculated and added to the mass of the contents of the tank because this amount of gas has also passed through the flow meter.

Dubai reference sensors are usually of the specific displacement and turbine venturi type. Initially, these sensors are calibrated in the laboratory.

Ultrasonic flowmeter technology is rapidly expanding for use in flow calibration reference. This means that ultrasonic transducers can be connected to the piping of installations where precision instrumentation instruments are in operation.