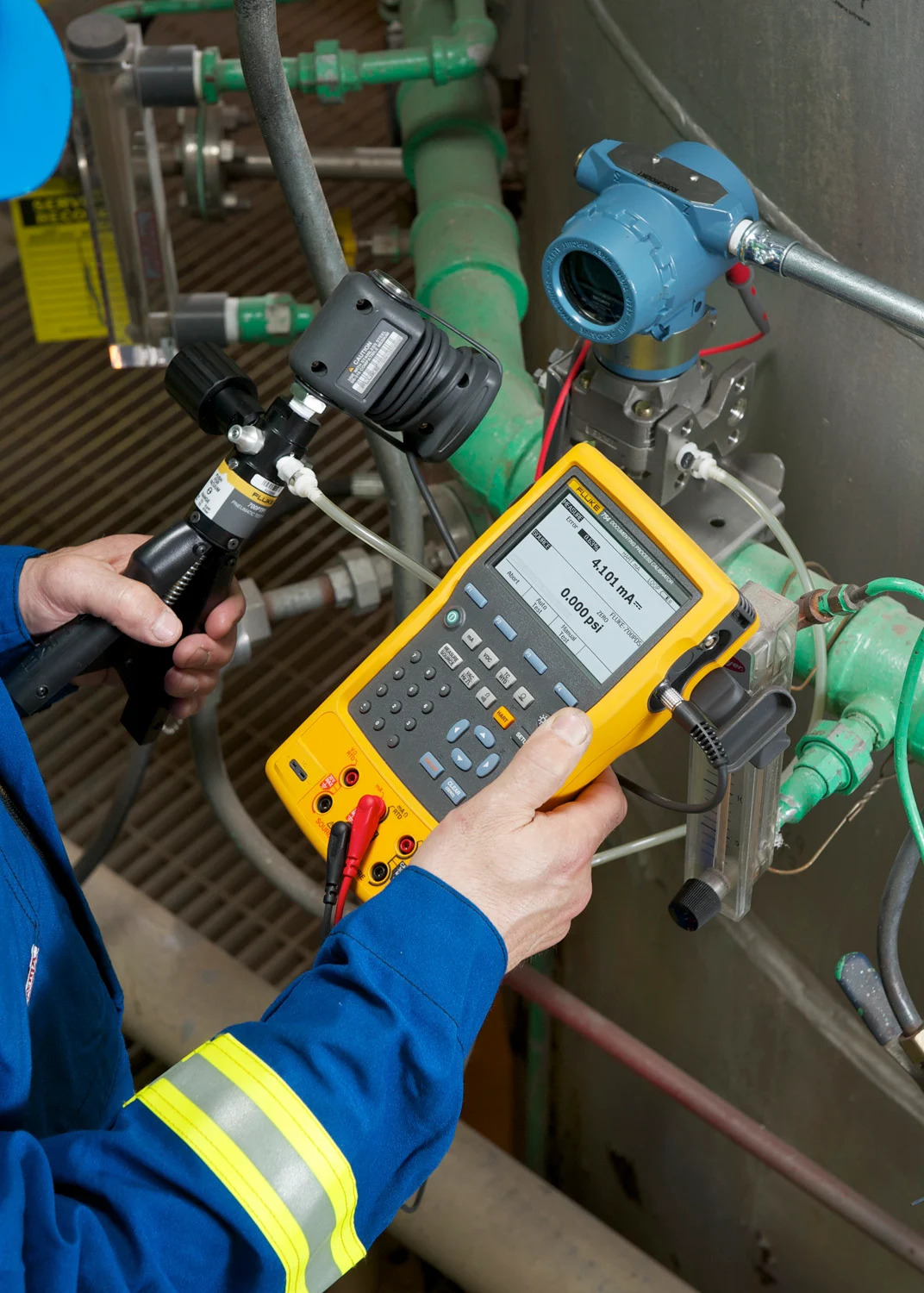 One of the advanced technologies introduced in the late 1980s is HART technology, which is named after the initials of the words in the phrase Highway addressable remote transmitter.
The purpose of the HART standard is to establish a communication method between two measuring devices through the same two wires used to transmit the signal of the 4-20 mA analog instrumentation.

Hart is a hybrid communication standard, in which one channel of information is transmitted by the analog value of a 4-20 mAh signal, and another channel for digital communication by which many other variables can be transmitted using current pulses. The binary identifier passed the values ​​of bits 0 and 1. Digital current pulses are mounted on an analog DC current signal, so that the same two wires carry both digital and analog information simultaneously.

Looking at a standard two-wire loop powered loop, elements such as a transmitter, a DC power supply, and usually a 250-ohm resistor can be seen. This resistor is capable of generating a 1 to 5 volt signal that can be read by any voltage receiver, controller, or recorder.

In this circuit, the main task of the transmitter is to regulate the current on the value of the variable of the measured process (such as pressure, flow, temperature, ..), so that the transmitter uses a range of 4-20 mA.
In industrial instrumentation, loop-powered devices are very common, as they allow both power and analog information to be transmitted over a pair of wires.

With the advent of microprocessor-based transmitters, it has become possible for instrumentation technicians to digitally configure the parameters inside the transmitter (range values, damping values, etc.) and query the transmitter for their alarms. . However, in order to take full advantage of digital capabilities, there must be a way to connect digitally to the transmitter on the same two wires used to transmit the 4-20 mA signal.

Otherwise, the only way to access this rich digital data presentation inside the transmitter is to connect a communication device (Communicator Device) to a specific port located on the transmitter itself, which is due to the fact that these transmitters are used in industrial environments. This is unpleasant. Because these transmitters are usually installed in contaminated places and are often difficult to access, so if we keep a personal computer or other communication devices, it will be more difficult. .
Thus, the HART communication protocol was born to meet this need. HART transmits digital data along the loop in the form of an AC signal mounted on a 4-20 mA DC signal. The modem inside the smart transmitter translates these AC signals into binary bits and vice versa.

Now, instrumentation technicians can talk to microprocessor-based transmitters simply by connecting a HART communication device to any point along the two-wire cable, even at the farthest point from the transmitter, where the cable connects to the controller hardware. Mounted on the panel, PLC, DCS, etc.) are terminal.
The ability to transmit digital data on the same two wires used for DC power supply and analog signal will enable the use of a new and wide range of features. With this difference, the transmitter installed on the site, in addition to transmitting the analog signal, which represents the main process variable, will be able to transmit self-diagnostic information, status reporting, alarms, and even several process variables.
With a digital connection, it is only the data speed (data rate) limit and not the quantity. In fact, it is even possible that the control system uses the same digital protocol to transmit information to the transmitter, using this digital data channel. Switch between different preset measurement ranges, and enable certain features (such as secondary root specification, damping, etc.) automatically and remotely.
A HART transmitter is equipped with a built-in task control microcontroller, which mounts this small computer on the same two wires carrying the 4-20 analog signal by mounting an AC signal (current pulses in sending mode, voltage pulses in receiving mode). Milliamperes and DC power supply are able to send and receive digital data.
Each computer connected to the loop is equipped with a HART modem and requires a configuration software, so that it describes a suitable device (Device Description) that if connected in parallel to the transmitter terminals can be Communicate HART transmitter

This external computer will now be able to monitor the details of the transmitter operation, configure the transmitter, change the measurement range, and perform a set of additional functions using digital data transmission.
A device description, or DD file term, is similar to a printer driver file, scanner, or any other complex peripheral that teaches a computer Highway addressable remote transmitter how to access parameters inside a field instrument microcontroller. .