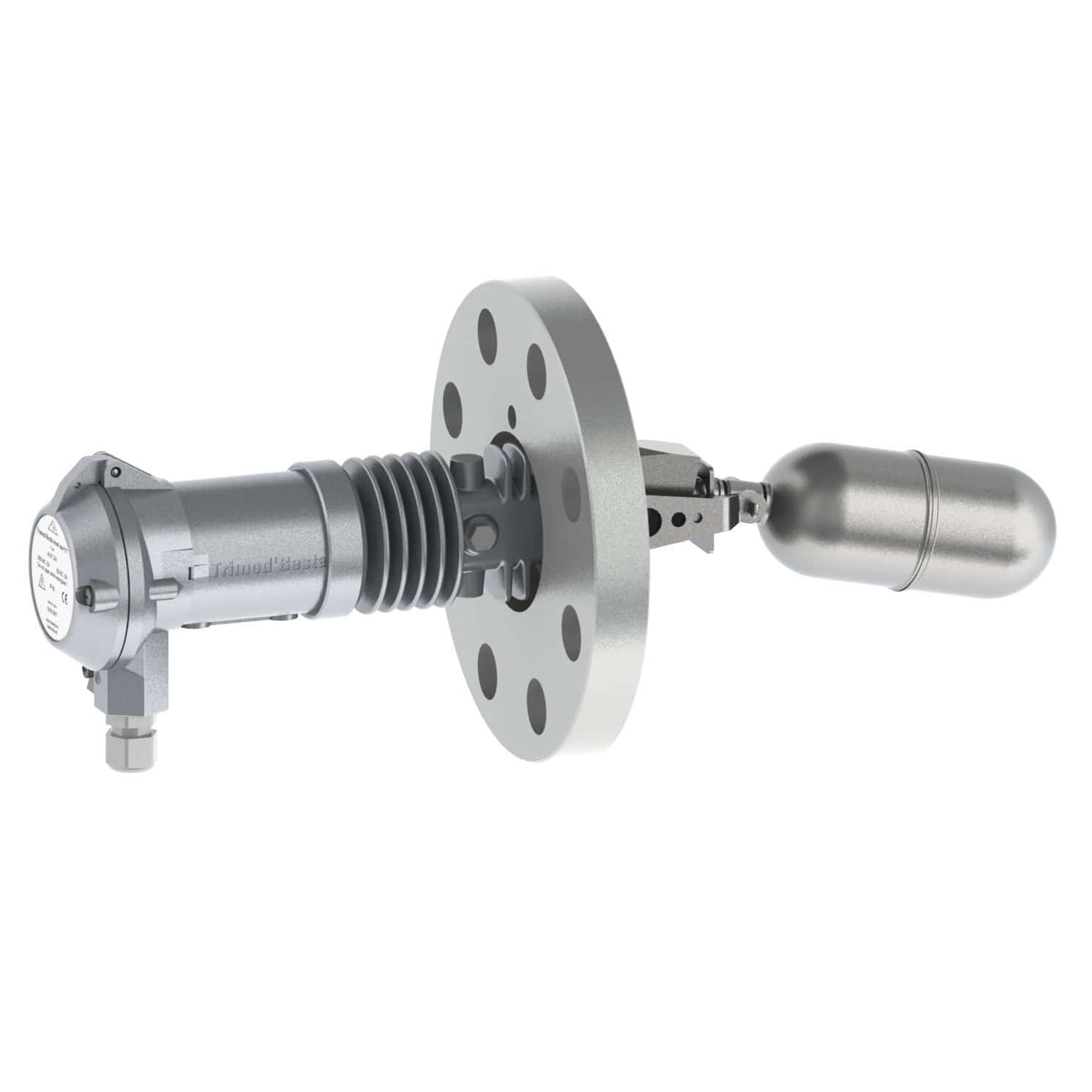 One of the most common examples of surface switches is the magnetic type.

In this example, a floater is used that looks like a ball.

Almost to better draw in mind, water cooler floats can be considered.

If the surface of the fluid reaches the location of the float (float), it will change its position (its movement).

The float will bring the magnetic field closer to a contact, which can be the Reed Switch or Hall Effect Sensor, and as a result the contact will be absorbed or opened.

The change of contact mode will be sent to the control room as a status signal. The current in this case in the circuit can vary from 0.5 to 2 amps.

These switches can be inserted into the tank from the top of the tank, known as Top mounted.

This type of equipment can have more than one float that can be used to detect different levels of the tank.

Magnetic surface switches are also mounted on the tank wall, known as horizontal switches, which are similar to water cooler floats.

The float material is made of SS316 stainless steel and must have a lower density (density) than the fluid inside the tank.

Switches must be made completely hermetically seal.