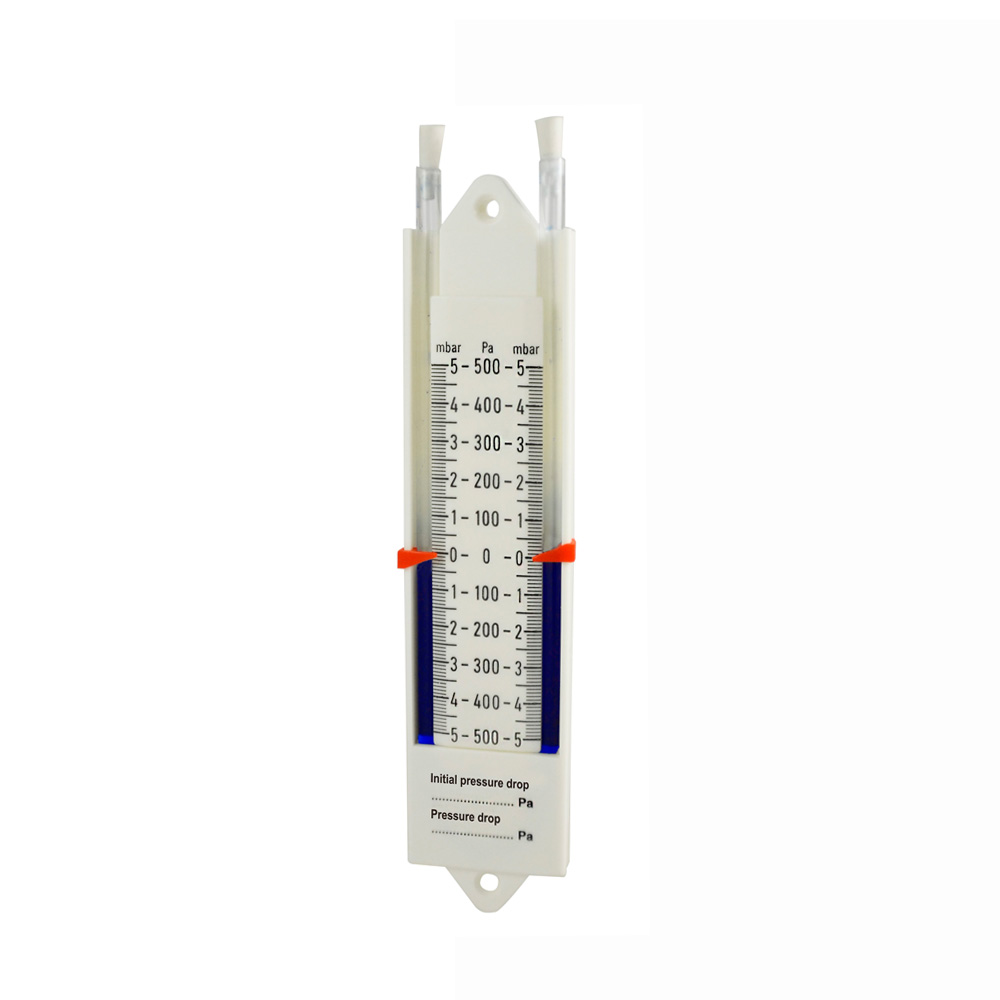 What is a manometer? In this article, we want to introduce you to the manometer, which is one of the oldest pressure measuring devices and is still used.

The manometer is one of the most accurate devices for measuring pressure in low slopes. Because manometers are so accurate, they are often used as a calibration standard.

Measuring the gas valve pressure of a residential or commercial furnace

All manometers work on the principle that pressure changes cause the liquid in the tube to rise or fall.

There are several types of manometers, many of which we will cover in this article.

As mentioned earlier, all manometers work on the basis that a change in pressure causes fluids to rise or fall in a tube.

Let’s look at a U-shaped manometer because it is probably the most commonly used manometer today. We will discuss how to use it to measure pressure.

As mentioned earlier, a manometer fills with a liquid. Manometer fluids are usually mercury, water and light oils.

It is worth noting here that mercury was a common manometer fluid in the past, but has been largely replaced due to environmental and health risks.

It is often a colored liquid to help you identify the movement of the liquid.

The tube is filled until both sides are almost half full. When the pressures are equal, the liquid column will be at the same height on each side. This is usually specified on the scale as zero.

As both sides of the manometer open to the atmosphere, the fluid level on one side will be the same as the other on the other side because P1 is equal to P2.

Now suppose that one end of the U-tube manometer is connected to the unknown pressure P1, the value of which must be determined. The other end is exposed to atmospheric pressure, P2.

The difference in height of the liquid on both sides of the pipe is in the differential pressure.

In this case, the manometer provides gauge pressure measurement because it refers to the atmosphere.

Well… so the total difference in liquid height is 4 units. And this is where pressure measurement comes in handy! What is the difference between the 4 units?

Suppose our U-tube manometer is full of water. This means that our pressure differential is a 4 inch water column.

From our previous article, Testing and Calibrating a DP Compression Diffuser, you know that inches of water column is a unit of pressure measurement. Using conversion diagrams, we can easily convert a 4-inch water column to 0.144 psi (g).

As you know, a water-filled U-tube manometer can only measure very small pressures. To explain, let’s apply a pressure of 5 psi to the P1 U tube manometer. Oh… we do not want this to happen!

What if we want to measure very low pressure values ​​accurately?

If we replace water with red sage oil liquid, more difference will be obtained in the liquid level. Why is that?

We will have a much larger difference in liquid level with sage fluid, which will lead to more accurate pressure measurements.

In some cases, vendors offer a U-tube manometer that is directly measured in units of pressure such as kPa.

Manometer users should be aware of meniscus error.

The meniscus forms when liquid particles stick to the sides of a glass tube. Depending on the direction of the pressure, the meniscus can be concave or convex. In any case, a reading error may occur.

Let’s take a look at some other types of manometers. One common type of manometer is the barometer, which is used to predict weather conditions by measuring atmospheric pressure.

The barometer consists of a glass tube with one end sealed. The open end of the discharged tube is immersed in an open container of mercury. The pressure applied by the mercury column is balanced by the atmospheric pressure. The glass tube is calibrated in pressure units. Any liquid can be used in a barometer, but mercury is used due to its high specific gravity. The mercury barometer must be at least 30 inches long. A barometer full of water should be more than 33 feet high!

A manometer that provides even better accuracy than a U-tube manometer is a diagonal manometer. This manometer has a well that contains liquid and a transparent column. The column is mounted at an angle. The pressure with the vertical amount of liquid rising or falling is shown in the column. Due to the slope, a small change in pressure causes more fluid to move in the column.

– Manometer is one of the most accurate devices for measuring pressure in low slopes.

One end of the U-tube barometer is connected to an unknown pressure while the other end is exposed to atmospheric pressure. The difference in the height of the liquid on both sides of the pipe is the differential pressure.