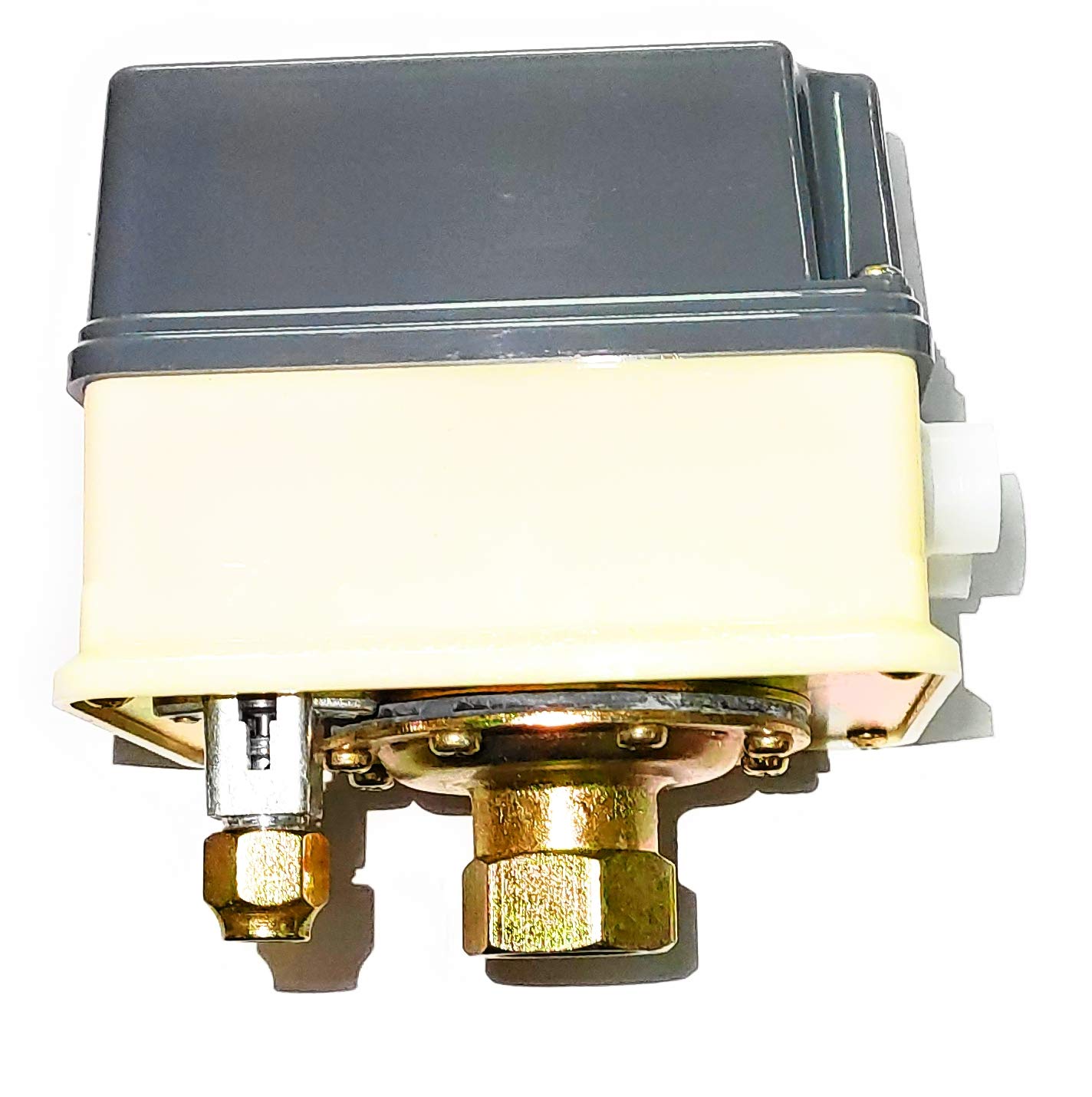 What is a pressure switch?

Switches are safety devices that determine the process parameter reaching a certain point and activate the status of alarms or safety interlocks. Pressure switches are set to a specific process pressure and activate an electrical circuit when the pressure reaches the set point. In the case of differential pressure switches, the pressure difference between the two process pressures is monitored and the switch is activated when this difference reaches a predetermined value.

This can be a bit confusing because in the world of instrumentation and process control we define a sensor as a device that detects changes in physical, electrical, or chemical properties and responds to changes in electrical output. And just to add more confusion, unfortunately the terms pressure sensor, pressure transducer and pressure transmitter are used interchangeably in the industrial world.

What is a pressure switch?

The electrical switch opens and closes at a certain pressure, often called a setpoint. Depending on the switch, the switch pressure setting may be fixed or adjustable.

Depending on the switch and vendor, the switch pressure setting may be fixed or adjustable. A transducer is a device that converts one type of energy into another. Therefore, the pressure switch is a component that contacts the process under test. Then somehow the converter has to work the electrical switch.

The output of the pressure switch is the digital on / off signal. This signal can only have two on and off modes. The output of a pressure transmitter is an analog electrical voltage or current signal that represents 0 to 100% of the pressure range sensed by the converter. Therefore, the main difference between a pressure switch and a pressure transmitter is the type of output signal. The former gives you a digital signal at the output, while the latter gives you an analog signal.

There are two different types of pressure switches: electromechanical and solid state.

Electromechanical pressure switches All have traditional style mechanical switches with moving parts. There are several types of converters used for Swiss mechanical work, such as diaphragms and the Bourdon type.

Diaphragm switches use a metal diaphragm to operate the switch.

Solid state pressure switches do not have any moving parts. Electrical switching is done by working with a semiconductor device such as a bipolar junction transistor or a Field Field transistor.

A typical converter used in a solid state pressure switch is a Wheatstone Bridge sphygmomanometer. The left switch is NEMA and the right switch is IEC. This sign indicates that the switch opens as the pressure increases. Below is the symbol of an SPST open pressure switch normally shown. Again the left switch is NEMA and the right switch is IEC. This sign indicates that the switch is closing with increasing pressure. It’s a good time to mention that all the pressure switches will be shown in a schematic diagram in a state without energy, or in other words, a position on a shelf.

For example: The PS101 is a normally closed switch that opens when the pressure increases by more than 15 psi.

Example 2: In this example, the Brake Oil Fltr pressure switch is normally closed and opens by reducing the pressure below the set point. The setting point is not expressed in the schematic. What is Deadband Pressure Switch? So we have to say that Deadband is the difference between the set point and the point where the switch is reactivated.

The following table shows the common types of switches in terms of performance:

Pressure switches are used to determine absolute, gauge and differential pressures. The sensor element can be a bellows, a tube, a diaphragm or other elastic sensors.