transducers and their types

In digital devices, including digital measuring devices, one of the most important concerns is how to deal with an analog quantity versus a digital device. Basically, how can this analog quantity be measured with a digital device?
The answer to this question is very simple. The first initiative of engineers is to use converters. That is, to convert analog quantity to digital. Transducers are one of the most important tools in this field. The job of transducers is to convert one type of energy into another.
A transducer is a type of transformer that converts the electrical signal generated by a sensor into a standard electrical signal (voltage 5-0 and current 4-20-20 mA). Transducers are used to convert various analog and temperature quantities into standard voltage and current signals. They are also used to isolate signals. Therefore, the output of an electrical signal transducer is always on the other side of the line, which can change electrical characteristics and parameters such as voltage, current and frequency, but it should be noted that The selected sensor must be of the type of converters of physical parameters to electrical and can, for example, convert the measured temperature into a very weak signal.
Transducer is one of the main equipments in industrial electrical automation systems by which the parameters of electrical network can be sampled (single-phase network and three-phase network) and converted into standard signals at the input of measuring devices. Used them.
The most common quantities measured by transducers are position, force, velocity, acceleration, pressure, surface, fluid flow, and temperature.
How close and how fast the transducer output responds to a change in its physical input parameter he does. The key to success is in controlling the systems.
The output of some converters is selectable or programmable. In this way, the user can adjust and calibrate all the parameters of the converter by the relevant software.
Today, the widespread use of transducers in the oil and gas, petrochemical, electricity, steel, cement, medical engineering, pharmaceutical and robotics industries is inevitable.

The function of this transformer is to detect voltages higher or lower than normal and prevent the motor from overheating. They are mainly used in telecommunications as well as dc power sources. Transducers have different sizes and depending on their size, they are used in systems and computers. The job of a voltage transducer is to measure the voltage amplitude and keep this amplitude at a certain level, which prevents damage to devices and systems.

This transformer has many applications in industries. Control panels without this transformer have low security and high vulnerability. These transformers are usually made in two-wire or four-wire models and are available with the power supply we want and in the range of millivolts and milliamperes or volts. 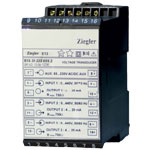 This transformer is used to get the pulse input including mechanical contact. The output of these transducers can be from discrete outputs to RS232 output or analog output according to the customer’s choice. This transformer can be used next to flowmeters that have pulse output. And sent the actual flow rate based on the number of pulses in terms of analog output for PLC controllers or indicators.

This transformer in most cases of energy management and optimization of power distribution system will need such converters that can take into account factors such as apparent and actual resistance of voltage and AC, active power and reactor, power factor, AC frequency changes, apparent power, Active or reactive energy, apparent power, phase angle and power factor in single-phase or three-phase systems with balanced or unbalanced load, to a proportional load independent of the current signal or DC output voltage and بتوان can be measured and transmitted Power transducers are the solution to eliminate these problems.

This transformer is used to measure the angle between voltage and current, power factor (cosφ) sine wave in single-phase and three-phase systems with balanced load and output signal proportional to the angle between voltage and current at load independent of current and voltage DC and also for Converting phase angle difference, two synchronous sources or balanced phase 2 phase angle difference to an output signal that can be used by several other devices is used.

This transformer allows the user to adjust the input and output of the transducer depending on the needs of the project and the output and input of the device. At present, these converters are in greater demand than the fixed models. 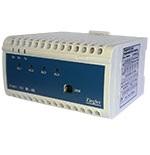 This transformer is basically a device for converting the linear displacement or angles of an electrical signal. Of course, in mechanical methods, it is possible for force and pressure to be shifted. As a result, this device is useful in measuring power and pressure, and as we know, the output voltage of the resistance transducer is always DC.

This transformer is used in places where temperature sensors such as thermocouples and its conversion to standard signals, such as 4 to 20 mA or 0 to 10 volts are used. This transformer can be precisely adjusted and calibrated by They have different potentiometers. With these transformers, the temperature input signal can be converted into a current signal and also sent to remote areas.

This transformer receives its required energy through DC signals and does not need a power supply, which is why they are called isolated, because in this way they are isolated in terms of fire risk and load interaction.

This output transformer takes a pressure sensor and converts it into an electric current of 4-20 mAh so that this signal can be transmitted over long distances via wire. The output of this transformer is given to microcontrollers or other processing systems to be able to parameterize Carefully control various pressures including pressure vessels. 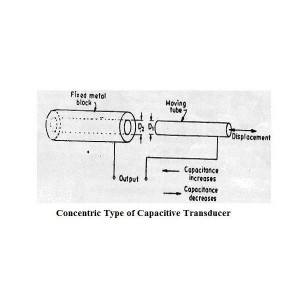 Previous Post
Ultrasonic sensors and color detection sensors
Next Post
What is a power analyzer or harmonic analyzer (POWERMETER)?