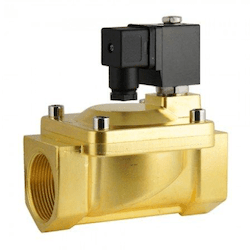 How does a solenoid valve work? 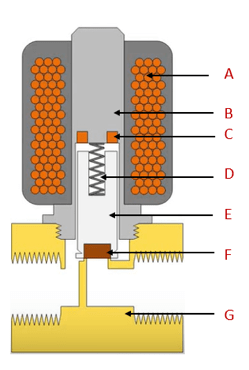 Solenoid valves are used to close, open, dose, separate or mix gas or liquid streams in a pipe. The specific purpose of a solenoid valve is expressed by its function. An overview of two-way and three-way solenoid valves is given below. For a deeper understanding of symbols and performance charts, see our Lion Symbol page. 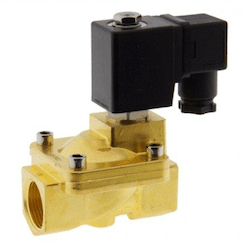 A three-way valve has three connection ports. Typically, it has 2 modes (positions) that can be placed in it. Therefore, it switches between two different circuits. A three-way valve is used to open, close, separate or mix the fluid. The figure below shows an example of a three-way solenoid valve. 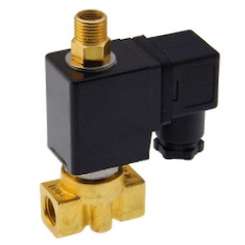 For a normally operated solenoid valve, the valve closes when the energy is closed and fluid cannot flow through it. When current is sent to the coil, it creates an electromagnetic field that pushes the piston upwards and passes through the spring force. It does not open the seal but opens the hole and allows the fluid to flow through the valve. The following figure shows the principle of operation of a solenoid valve depending on the normal state in the state of no energy and energy.

For a typical solenoid valve, the valve is open when the power is turned on and the media can flow through it. When current is sent to the coil, it creates an electromagnetic field that forces the piston to overcome the spring force. The seal is then placed in the orifice and closes, which prevents fluid from flowing through the valve. The following figure shows the principle of operation of a typical open solenoid valve in the non-energized and energetic modes. A conventional open solenoid valve is ideal for applications that require the valve to be open for a long time because it consumes less energy.

An unstable or latched solenoid valve can be activated by an instantaneous power supply. Then there will be no electricity in that position. Therefore, it does not normally open or normally close in the current state, if no power is used. They do this by using permanent magnets instead of springs, and they do not switch from active to inactive until the latch operator presses.

Principles of operation of solenoid valve

Direct-acting (direct-acting) solenoid valves have a simple principle of operation, which can be seen in the figure below with the components. For a normal, non-electric close valve, the piston (E) closes the hole opening with the valve seal (F). A spring (D) performs this closure. When electricity enters the coil (A), it creates an electromagnetic field, attracts the piston upwards, and overcomes the spring force. Which opens the orifice and allows fluids to pass through it. An open valve usually has the same components, but does the opposite. 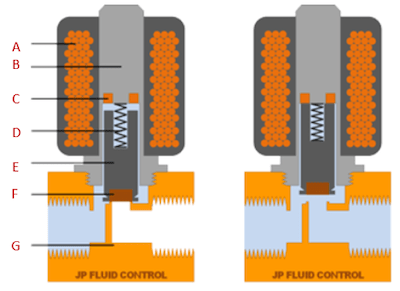 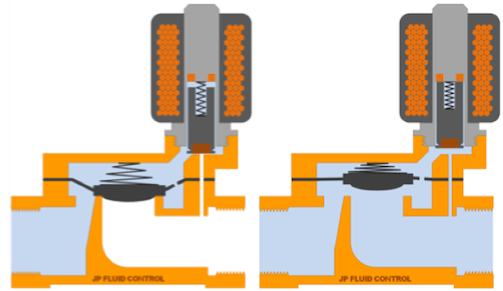 The inlet and outlet ports are separated by a rubber membrane, also called a diaphragm. The membrane has a small hole so that the medium can flow from the inlet to the upper chamber. For a normally closed solenoid valve that is normally closed, the inlet pressure (above the membrane) and the spring-loaded retaining spring ensure that the valve is closed. The upper chamber of the membrane is connected to the low pressure port by a small channel. This connection is blocked in the closed position by the piston and seal. The diameter of this “pilot” hole is larger than the diameter of the membrane hole. When the solenoid valve is activated, the pilot orifice opens, causing a high pressure drop in the membrane. Due to the pressure difference on both sides of the membrane, the membrane is removed and fluid can flow from the inlet to the outlet. An open valve usually has the same components, but does the opposite.

Semi-direct acting solenoid valves combine the properties of direct and indirect valves. This allows them to operate at zero load, but they can still have high flow rates. They look like indirect valves and also have a movable membrane with a small opening and pressure chambers on both sides. The difference is that the electric piston is connected directly to the membrane. The working principle of a semi-direct solenoid valve with direct operation is shown in the figure. 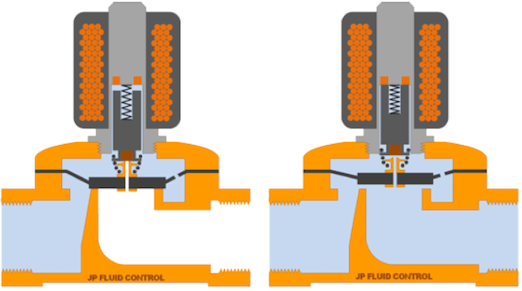 A three-way solenoid valve has three ports, so depending on whether you want one mixing (two inputs and one outlet) or diverting (one inlet and two outputs) will affect performance. Certain valves can also work in both directions, which is called universal function. However, only two ports are connected at each location. The following figure shows an example of a three-way solenoid with direct operation.

Only two ports are connected at the same time. In the figure below, the piston has an opening at the top and bottom with two valve seats. At any given time, one is open and one is closed to route the fluid in the desired flow path. The following are examples of functions for a normally closed valve (as opposed to a typical open valve). 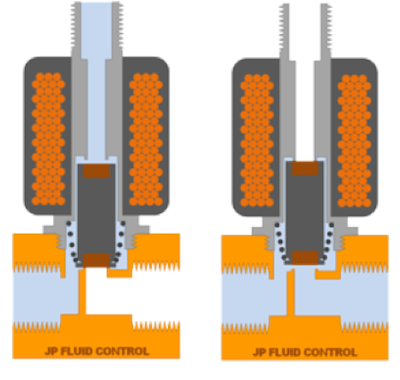 These valves act like a three-way solenoid valve. Looking at the figure above, the media can flow in both directions but only two ports are connected at a time.