What is a solenoid? 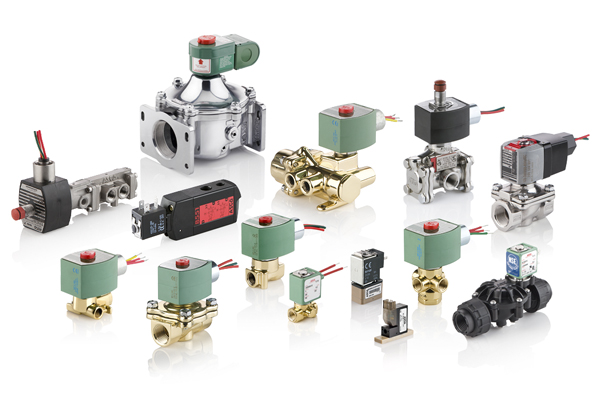 A valve is usually a metal device used to open, regulate, and control the flow of liquids or gases in piping. Today, many types of valves are designed, manufactured and produced that are used in industry and at home. Valves are a group of valves that are classified into different subgroups according to their use, function or shape. Of course, their construction valves are divided into several other types in terms of environment.

Types of valves Depending on the application

Household and bathroom faucets, which in English is called Faucet. Industrial valves that are even called in Iran. (Industrial Valve). Valves are either used to open (shut off) the fluid flow, such as: Ball Valve, Butterfly Valve, Gate Valve, Plug Valve or to adjust And flow control are used, such as: Globe Valve, Check Valve, Needle Valve. Apart from the above, Diaphragm Valve can be mentioned. Some of the above valves may be used for both applications, such as ball valve or butterfly valve.

The interior of a faucet

Most valves in a building have components in common:

Depending on the application, the materials used to make the milk will vary. Cast iron, bronze, brass and sometimes steel (SS) valves are used in construction. In industrial works such as power plants, petrochemical plants, refineries, shipbuilding and pharmaceutical / food industries, depending on the fluid that passes through the valve or the environment in which the valve is located, the body and other components are made of carbon steel, alloy steel, steel They make stainless steel. The valves are opened and closed either by hand or by an automatic actuator

What are solenoids and how do they work?

What is a Solenoid?

The solenoid valve is an electromechanical valve for disconnecting and connecting liquids and gases. Solenoids convert electrical energy into mechanical energy to rotate, open, or close a valve mechanically. These valves cut off or turn on the fluid flow due to the electric current entering its coil.

In two-way valves, the fluid at the outlet is disconnected or connected. (Valve is full closed or full open). In three-way valves, the fluid is directed to one of the two outlet paths. Solenoids have advantages such as speed of work, high reliability, fast and reliable disconnection, long service life, integrated design, and low power consumption. A solenoid of the two main parts of the body (the valve (main valve)) andSolonoid(Coil) was formed.

How and why the solenoid works:

The solenoid valve consists of two important parts, the solenoid and the main valve (body)

Solenoid part It includes coil, iron rod, spring, control valve and control channel. The main valve consists of inlet, outlet, diaphragm and diaphragm spring. When the solenoid is active, always a very small flow of fluid passes through the duct and the control valve. In the solenoid, the valves are made of rubber or metal seals for sealing. Used in different places. A spring (diaphragm spring) is also used to open or hold the diaphragm when it is inactive.

The design of a simple valve in the inactive state and closed path Suppose the fluid used in this valve is water.

What happens when a solenoid is energized?

When the solenoid is energized, the magnetic force of the solenoid pulls the C rod upwards and the control valve e opens. When e opens, a very small stream of water is directed from part B through the control duct g to the outlet. As a result, the pressure in part B is reduced and the pressure A overcomes the high diaphragm pressure (pressure B + spring force). And pushes the diaphragm upwards.

As a result, the main valve opens and water flows directly from A to F. When the solenoid is active, very little fluid always flows through the duct and control valve. When the solenoid is deactivated again, the control path e is closed by the C rod and the spring requires very little force to push the diaphragm down and close the main path. From the above description, it can be seen that these valves operate due to the pressure difference below and above the diaphragm, and if the high diaphragm pressure is higher than the inlet pressure for any reason (regardless of whether the solenoid is active or not), the valve will not work.

Solonoid valves There are different types, such as multi-way, type of power consumption (DC or AC), and its status in OFF and mode. In some solenoid valves, the solenoid commands directly to the valve. Auxiliary and control are used to launch a larger valve. These types of valves are actually a solenoid valve combined with a larger valve and they will be packaged and sold as a single product.

To control a larger industrial valve – control the cylinders in Powerful wind and hydraulic systems – Control of cylinders and fluids entering the engine – Industrial and automatic sprinkler systems – Household machines such as dishwashers and washing machines to control water entering the machine – Oil, gas and petrochemical industries – Refrigeration and air conditioning systems and…