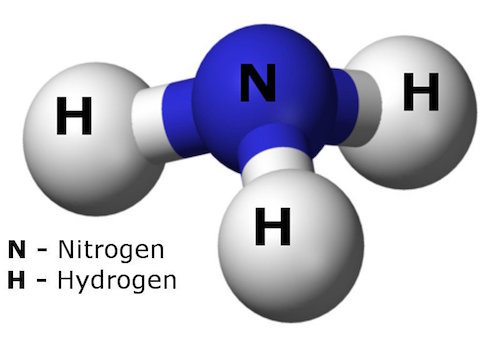 Ammonia is a colorless gas that has a specific odor and is one of the main and fundamental chemicals in making the products we use daily. This gas is naturally produced in air, soil, water, plants, animals and humans. When the body breaks down protein-rich foods, these proteins are converted to amino acids and ammonia, and then this ammonia is converted to urea. Ammonium hydroxide, commonly known as household ammonia, is a substance used in many household cleaning products. Ammonia is one of the main constituents of ammonium nitrate fertilizer, which releases nitrogen, the nitrogen that is a key nutrient. Plant growth is considered as agricultural products and grass.

Application and benefits of ammonia

Use of ammonia in fertilizers

Ammonia can be used alone or in combination with other chemicals to clean various surfaces in the home, such as pipes, sinks, toilet bowls, cabinet stones and tiles. Ammonia is also effective in removing stains and grease such as stains from syrups and cooking oils. Because ammonia evaporates quickly, it is commonly used in glass cleaners to remove grease stains.

Application of ammonia in industry and production

When ammonia is used as a refrigerant gas or in ventilation equipment, it absorbs a lot of heat from its surroundings.

Ammonia az can be used to treat water resources. This solution is one of the main components in the production of many products such as plastics, explosives, fabrics, pesticides and hair dyes.

Ammonia is also used in wastewater and wastewater treatment, refrigeration, rubber, pulp, paper, as well as in the beverage and food industries as a stabilizing, neutralizing, and nitrogen source. It is also used in the production of pharmaceutical products.

Be sure to read how to use ammonia-containing cleansers. Make sure the environment you are in is well ventilated (leave windows and doors open), wear appropriate clothing and wear safety goggles. Exposure to this solution may cause itching of the skin, eyes and throat. Do not mix this solution with Vitex at all as it will cause toxic chloramine gas. Exposure to chloramine gas can cause coughing, shortness of breath, chest pain, nausea, sore throat, eyes, nose, pneumonia, and fluid buildup in the lungs.

Swallowing a cleansing solution containing ammonia will cause severe burning in the mouth, throat, stomach and stomach. If this solution enters your mouth suddenly and accidentally, read the product label and follow the recommended instructions or contact the Poison Control Center. Also be careful to have the solution label in hand.

Medical tests can detect the presence of ammonia in the blood or urea. But because ammonia is naturally present in the environment, people are usually exposed to low concentrations of ammonia in the air, soil and water, so the results of these tests are not an effective biomarker for poisoning.

“People who have been exposed to normal concentrations of ammonia in the air have not developed any specific diseases,” said the US Centers for Disease Control and Prevention.

Where is ammonia used?

About 90% of ammonia is used in fertilizer production to sustain food production for billions of people around the world. Ammonia has other important uses; For example, it is used in household cleaning solutions and in the production of other products.

Ammonia, also known as NH3, is a colorless gas with a specific odor. This gas is formed from a combination of nitrogen and hydrogen atoms. This gas is found naturally in the human body and nature – water, soil, air and even very small molecules of bacteria. Ammonia and ammonium are vital elements in the body’s metabolic processes.

What happens to the ammonia in the environment?

Ammonia is found naturally in soil, air and water. Ammonia is also renewed as part of the nitrogen cycle. As a result of this process, ammonia does not stay in the environment for a long time and does not accumulate bio.

Ammonia has a very distinctive and pungent odor, similar to cat body sweat or urine. Spicy salty cheeses, like berry cheese, smell like ammonia. There is even a small amount of ammonia in the cheese, which is the natural bioproduct of the cheese-making process.

How can ammonia cause poisoning?

What effect does exposure to ammonia gas have on human health?

There have been no reports of natural ammonia gas in the air causing illness in humans. Exposure to highly concentrated ammonia may cause inflammation of the skin, eyes, throat, and cough and burning.