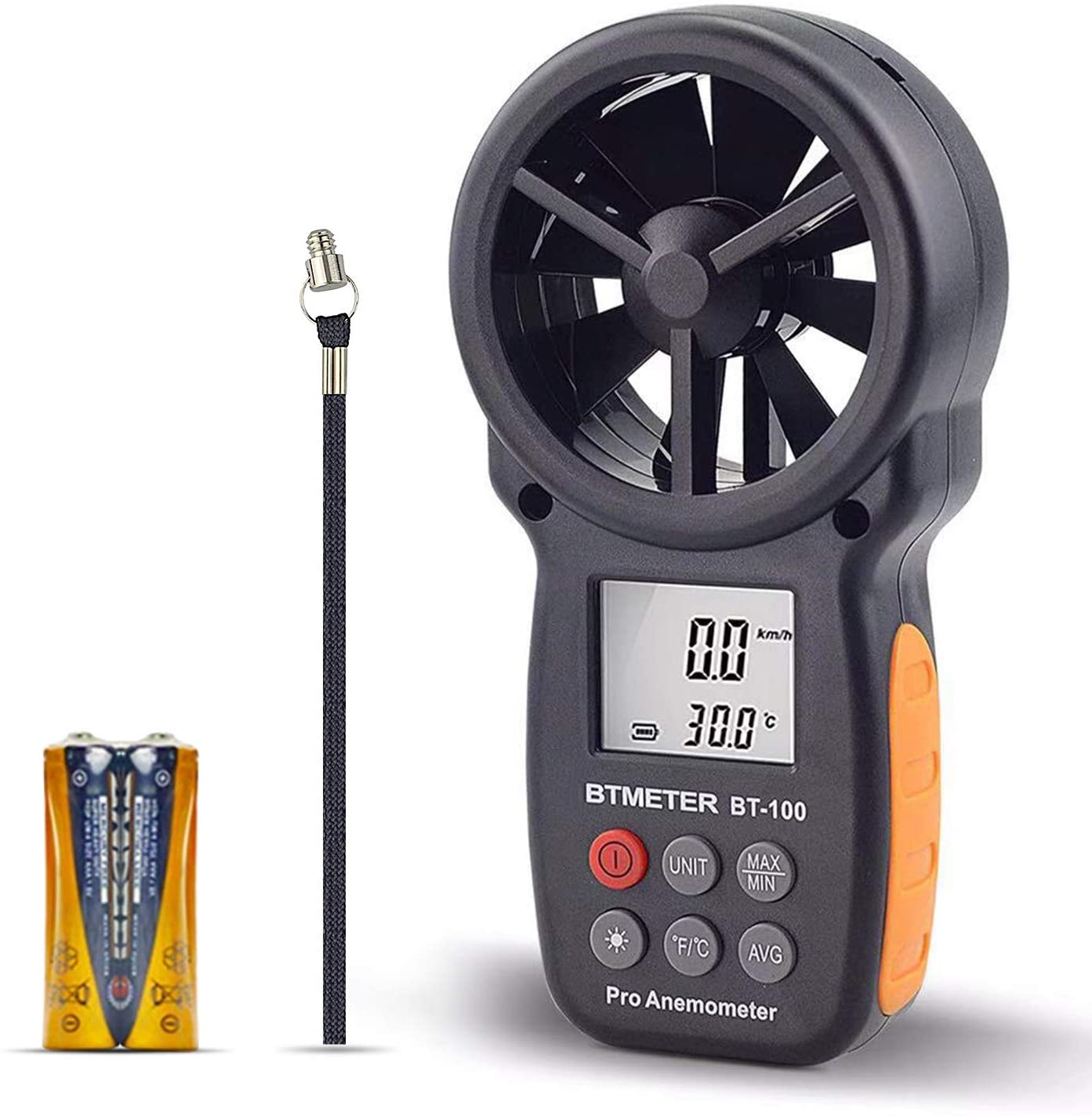 An anemometer is a device that measures wind speed, air pressure and air speed and is sometimes referred to as a wind speedometer. The first ones were invented hundreds of years ago to approximate wind measurements, while today they are highly accurate monitors that can provide a variety of data. They are available manually and digitally and can be used to measure the velocity and velocity of gases in a finite stream, as well as in unlimited streams, such as atmospheric winds.

Did you know? The word “anemometer” is derived from the Greek word “wind” which is “anemos”. What are anemometers used for and why are they important?

In a scenario that requires information about wind speed and direction, this device is critical.

Whether monitoring the safety of tall structures, controlling wind turbines, maneuvering ships or studying wind effects, there are significant benefits to using this tool.

That’s why they are used in almost every weather station – from the Arctic to the tropics. This is because wind speeds help change climate patterns, for example, approaching storms, which are important for pilots, engineers and climatologists.

This means that they are very important for meteorologists who study climate patterns, as well as physicists who study how air moves.

Large wind turbines even have built-in anemometers to measure wind speed that activate the brakes to stop them from spinning if the wind blows fast.

Also known as thermal anemometers, they operate by electrically heating a wire to a specific temperature and then measuring the amount of cooling by airflow. This tool enables you to calculate the wind speed by measuring the cooling rate of the wire and the cooling temperature. This type is often designed for manual use. These are the simplest and most accurate of them all. They have a set of two, three or four cups that rotate on a pole mounted by the wind. As the wind level rises, the cups spin faster and the device accelerates, which is then displayed on a digital display. They are mostly designed for installation on structures such as buildings or yachts, but some manual models are available. These are also known as vane anemometers or windmills and are similar in design to cups. However, instead of cups, they have rotating wind blades. Instead of vertical installation, the blades are horizontal and facing the wind. Like cup models, they count the number of revolutions per second to measure wind speed, and the results are displayed on a digital screen. Some are designed to be installed on buildings, but manual versions are also common. Invented in 1994 by geologist Dr. Andreas Pflich, these devices measure instantaneous wind speed and air velocity by measuring sound waves traveling between a pair of transducers. Ultrasonic anemometer has no moving parts and uses sensors to detect small changes in wind. They usually have four sensors arranged in a square.

Why was this device invented?

Anemometers have been around for hundreds of years, with the first model created by Italian architect Leon Batista Alberti in 1450 to show wind speed. In that disk was perpendicular to the wind, which rotated due to the force of the wind and was tilted by the movement of the wind. This original design was re-invented in the 18th century by astronomer and physicist John Thomas Romney Robinson in 1846. This model was the prototype of today’s version that had a vertical spindle with four arms. Cups were then attached to each of these arms, and when the wind blew, the cups held it, causing the spindle to rotate to indicate wind speed. Most digital models have different measurement options. This allows the calculation of wind speed in mph, km / h, mph, ft / s, ft / min or nodes to be displayed. On the device, press the unit button to view the range of measurement options and select the corresponding option. When it shows the correct unit of measurement, it is ready to calculate the speed. Simply hold the device in the air to make sure the device is in the wind direction. The tool then calculates the wind speed and appears on a readable digital screen. When measuring the airflow outside, the reading changes as the wind speed changes and the wind speed slows with each movement. Using this type is simple and understandable and thanks to electronic circuits and computers, it offers high accuracy.

This is the most common and well-known type and has four cups arranged at a 90 degree angle. Unlike digital models that have screens, this type requires mathematical skills. Start by marking one of the cups as a reference point, as this cup is for counting the speed at which they move along the axis. Hold the device in the wind and count the number of times it rotates per minute. Record the number of spins on the paper and do this four times to get enough information to calculate the average number of spins per minute. Calculate the average wind speed by adding the recorded numbers and then dividing that number by four. This calculates the average number of revolutions per minute.

How accurate is the anemometer?

Accuracy is an important feature of an anemometer. A high quality device offers a wind speed of approximately 0.5.0 m / s (2 km / h or 1 mph).

It is important to keep in mind that ambient wind speeds are not constant because they are changing. When monitoring the wind tunnel, the speed will be constant and accurate measurements can be calculated, but outside of any measurement, it will be a guide to roughness.

How to calibrate anemometer

To ensure the reliability and accuracy of anemometers, they must be regularly calibrated. This method checks the accuracy of a measurement tool – as well as adjusts it to conform to the standard. This process allows the equipment to produce more accurate results than would otherwise be possible. Regular calibration of devices is very important, because their accuracy decreases over time and with use. The permissible framework is calibration error 5 – any error beyond that seriously affects the performance of the tool, which can lead to product failure liability. We offer calibration of new and existing equipment, and our lab specialists provide authentic RS and UKAS services – internationally recognized as an industry quality indicator.