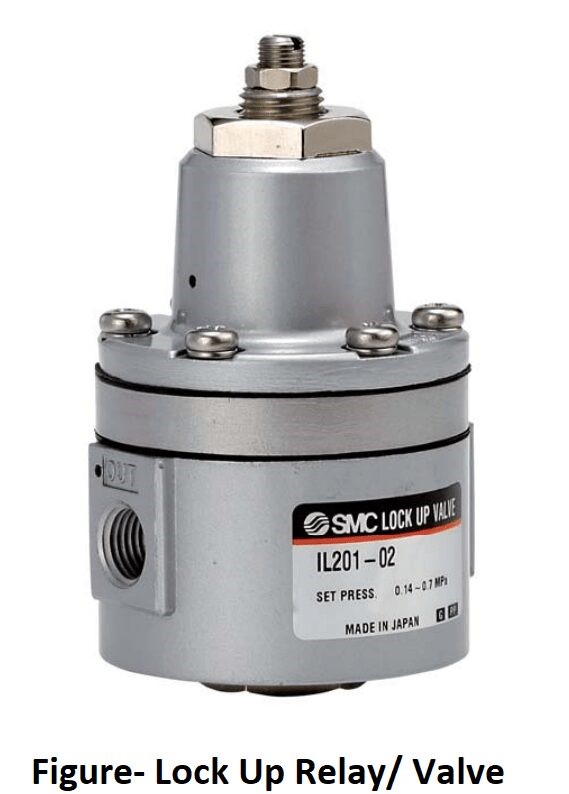 The airlock valve is used to keep the operating air inside the actuator chamber so that when there is any defect in the air source in the air process control line, there is no disturbance in the opening of the valve. An airlock is shown in the figure. Whether the valve is set for direct or reverse operation is determined by maintaining the position even in the event of air failure to maintain process safety by opening or closing the control valve. Air valve airlock is used when it is necessary to keep the air pressure to the actuator at the same pressure automatically. When the power supply pressure drops to less than the preset value, the air lock relay automatically locks the air pipes between the device and the control valve, causing the control valve to maintain its position until the air failure is rectified. Slowly

The principle of work

To understand the principle of work, the Airlock valve diagram is shown below: There are three types of configurations in the relay / airlock valve:

Airlock valve single is a tool used in pneumatic actuators (spring return) and power cylinders to maintain their position (to stay in a stable position), in case of air failure or if the air pressure drops below the set limit. Pressure. The airlock is automatically reset to restore air pressure. Connected between positioner and actuator.

Airlock even double or dual port

Airlock Double Double is a tool used in pneumatic actuators and power cylinders to maintain its position by locking the pressure of both ports (to stay in constant condition) in case of air failure or air pressure reduction. Under pre-set pressure, the airlock is connected between the positioner and the actuator.

When a three-port air lock relay is used, if the signal air pressure is set below the pressure for some reason, IN1 and OUT turn off and the current path between IN2 and OUT opens.