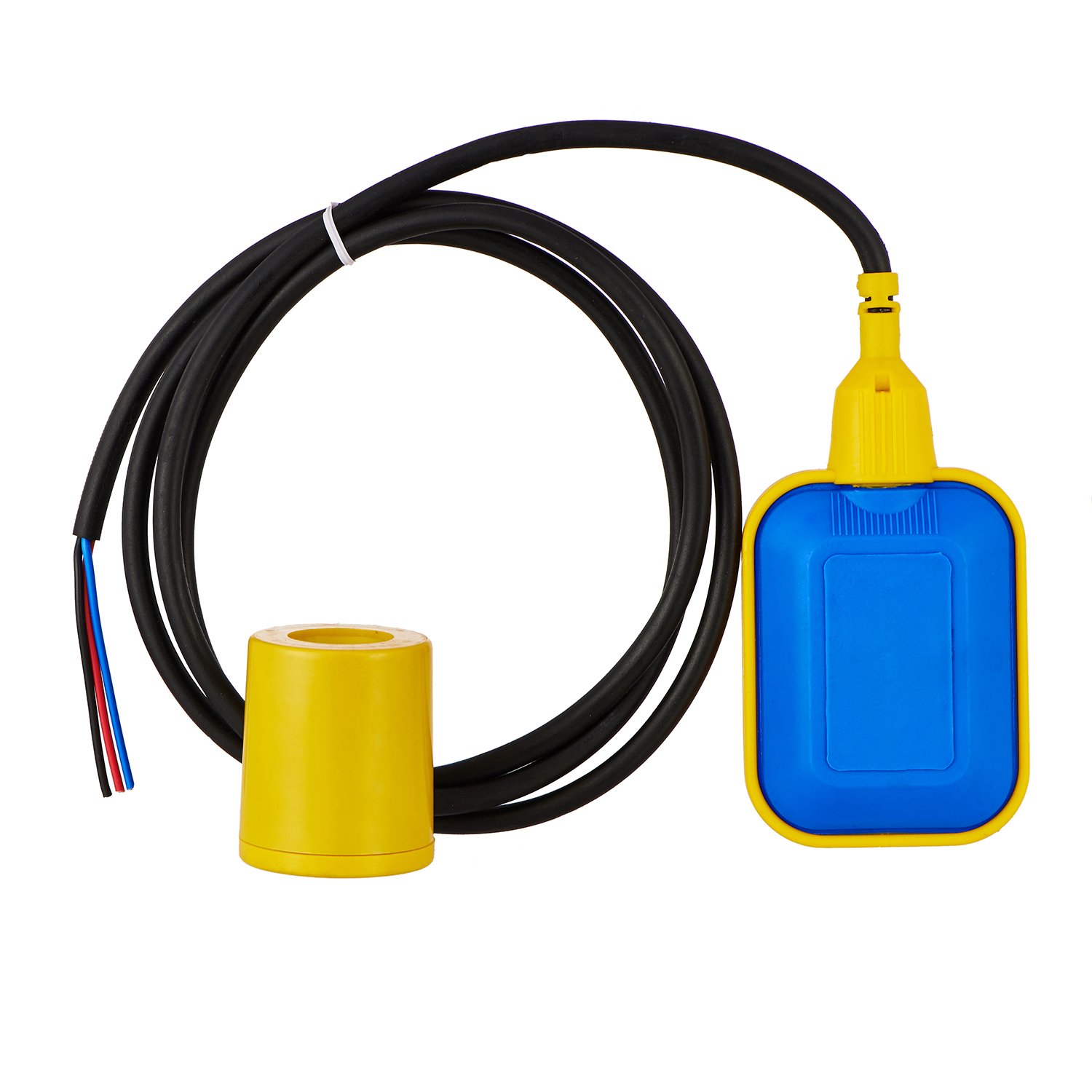 A float switch is a type of contact fluid level sensor that uses a float to work with a switch. Float switches are commonly used to control other devices such as alarms and pumps when the liquid level rises or falls. While there are some mechanical float switches (similar to the float in the toilet tank that cuts off the inlet water when it “fills up”), this article focuses on the electric float switch, the floats used to disconnect and reconnect ( , Disconnects and connects electrical circuits.)

Design based on reed Switch

If the liquid is high on the surface, a float of the largest possible size should be ordered to create more buoyancy and ensure the correct operation of the device.

Since the float switches are activated based on the magnetic field inside the magnet, it must be ensured that the liquid is not made of iron powder or magnetic material, as this will cause magnetic interference.

How does a float switch switch work?

How does the flute switch work?

The float switch mounted on the stem uses a floating magnet that passes through a reed switch with the function of raising or lowering the liquid, whether it is opened or closed at the switch. In a floating horizontal float switch, instead of a free float on a central stem, a reed switch is used on the hinged arm.

How does a cable switch lever work?

Cable switches have both magnets and reed switches on the float. As the float rises and falls with the liquid surface, the magnet gets closer or closer to the reed switch, causing it to open or close. In both cases, the change in liquid level is converted into a power outage signal by the movement of the magnet.

The most complex part of floating switches is to find out if a situation requires a Normally Open or Normally Closed switch. “Normally” the lowest floating position can be where the float is not floating. “Open” means an open circuit that is off. The “Closed” switch completes the circuit and turns it on. So, for each specific application, consider whether you want the liquid level to go up or down to start an operation, and whether the operation should turn the circuit on or off (think pump or alarm). Is. As the fluid level drops, a switch usually shuts off the circuit. A closed switch usually shuts off the circuit as the liquid level rises. For example, if you want your float switch to turn on a low-level alarm, you use a Normally Closed switch.

What are the float switches used for?

Float switches are used to detect the level. That is, float switches indicate that the fluid level is above or above (normally open), or at the bottom or bottom (normally closed) is a specific level. This is in contrast to continuous level measurement sensors, which show a continuous level reading. Depending on the specific fluid content, floating switches are a great solution if you need to set an alarm or turn the pump on or off. Do you need to know how much your home heating oil tank has reached 15%? Floating switch! Do you want to turn on the basement tank pump automatically when the water level reaches a certain point? Floating switch! Do you need to control intermittent drain pumps with low and low level alarms? Swing floating switches!

Float switches are also useful for reducing complex automation. For some process systems, a central PLC that controls and executes everything is essential for smooth and cost-effective operation. In this case, a floating switch is just one more input, one more data point in a necessarily complex scheme. But for smaller applications – for example, one or two pumps on each of the two tanks – floating switches can be the key to success.

How to configure a float switch switch

Deciding whether your float switch to control the pump should be normally open or closed can be a bit confusing. So we want to clarify everything. When we say normally open or normally closed, we mean an electrical circuit. The open circuit is incomplete, meaning that the electric current is unable to complete the loop due to the gap. The circuit is complete without gaps and enables current to pass through the complete loop. With surface switches, these circuits are opened or closed by the float, depending on the rise or fall of the liquid level. Deciding whether you want the circuit to close or open when the float is up or down can be difficult. 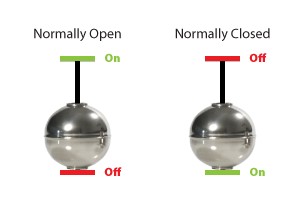 The most effective way to decide is to determine what the switch should do in floating rest mode. When we say resting, we mean that the float is not suspended in the liquid. We often get it wrong with the term normal because others have misinterpreted it as a suspended float. Remember, natural in terms of key, refers to floating at rest. So, if you want the switch to turn on, or it is on when the float is at rest, then you need to close the switch normally. If you want the power to be cut off or off when the float is at rest, then the switch should be normally open. It may also be helpful to know that open switches are typically used for pumps that empty the tank, while closed switches are typically used for pumps that fill the tank.