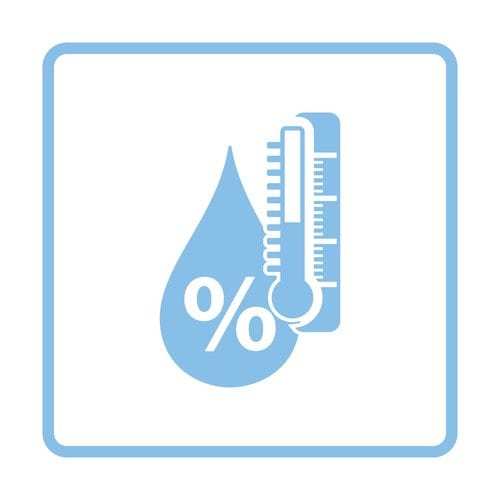 We know the amount of water vapor in the air by humidity. Measuring ambient humidity And materials are important in many cases, especially in industrial processes. It is useful to know some of the following definitions in measuring humidity.

The amount of moisture that is referred to in meteorology and in everyday life is the relative humidity that is obtained from the ratio of water vapor in a certain volume of air at a certain temperature t to the maximum weight of water vapor that can be in the same volume at temperature t. Come on.

The amount of water vapor per unit volume of air is called absolute humidity. Its unit is grams per cubic meter or milligrams per liter.

If the air temperature reaches a point where the assumed air is 100% saturated with water vapor (constant pressure), such a degree Dew point Is called. Including tools Humidity measurement Common are manual and laboratory samples that have a shape similar to multimeter And have a probe with two electrodes. In industrial samples of the probe with a controller Is accompanied by 4-20 output if necessary  MA Used to transmit moisture information humidity meter It is very important in various laboratory and home environments and uses such as poultry farms and greenhouses. For example, in the cold season, knowing the humidity of the place is very important, and if it is dry, the air will cause respiratory problems, and high humidity will lead to other problems. With Ambient humidity meter Humidity can be measured and controlled.

This humidity meter Fixed with the ability to mount on the wall or use as a desktop Measure humidity and temperature Used in an enclosed environment such as a laboratory or hospital and office or work environment in industry. Usually, these hygrometers are equipped with embedded sensors and there is no sensor calibration capability. In some industrial and professional models humidity meter It is possible to calibrate the temperature and humidity sensors of the device.

Also in some models humidity meter It is possible to record the maximum and minimum values ​​or set the set point for the alarm. 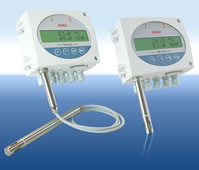 To select the device, the following should be considered: