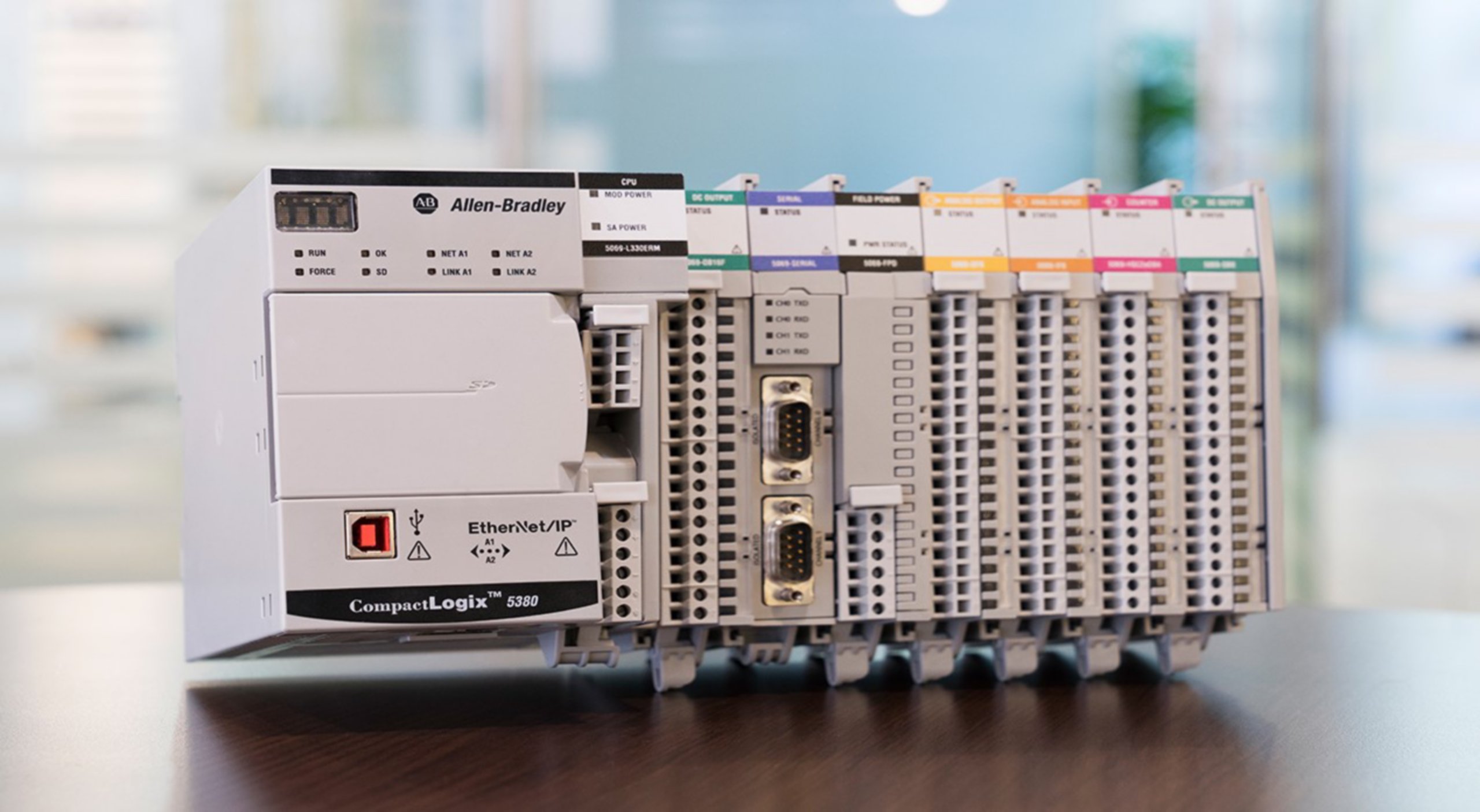 Today, there is intense competition among industrialized countries to provide solutions for better control of production processes, which has led industry managers and officials in these countries to use equipment that has high speed and accuracy of operation. Most of these devices include systems based on programmable logic controllers. In some cases, it is necessary to network the PLCs together and manage them with a central computer so that the control of very complex systems can be done with very high speed and accuracy and without defects.

Capabilities such as the ability to read a variety of inputs (digital, analog, high frequency…), the ability to transmit commands to systems and output components (such as industrial monitors, motors, solenoids,…) as well as network connectivity, very small size, high response speed High, safety, accuracy and flexibility of these systems have made it possible to control systems in a wide range.

The concept of programmable PLC controllers

In automation systems, the main task of control is the PLC, which receives information through the input terminals, senses the status of the machine and provides a suitable response to the machine. The ability to define different modes for the input / output terminals of a PLC allows the PLC to be connected directly to other elements. In addition, the PLC includes a central processing unit (CPU), which executes the control program. This controller is so powerful that it can control thousands of I / O in various analog or digital modes as well as thousands of timers / counters. This makes it possible to control any system, from the control system of machines with multiple I / Os that perform simple tasks such as repeating a small work cycle to very complex positioning systems.

This time depends on the CPU processing speed of the selected PLC model and the length of the user application. It is from one microsecond to ten milliseconds. For example, when I / O is far from the main system, because we have to move signals to a farther system, the scan time increases. Also, monitoring the control program often adds to the scan time because the controller CPU has to send the status of contacts, relays, timers, etc. to the CRT or any other display device.

The intelligence of the automation system is more related to the PLC’s ability to read the signals sent from a variety of inputs, manual, automatic and automatic sensors. Input components such as start / stop knobs, switches, microswitches, photoelectric sensors, proximity, level sensor, thermocouple, PT100 and PLC این of these sensors for operations such as component detection on conveyor conveyor parts, color detection, inlet surface detection Knowing the mechanism of movement and position of the body, testing Pressure tanks And many other uses.The input signals are either digital or analog, in which case PLC inputs can be adjusted and used in different modes.

As you know, a system automation Will not be complete without the ability to connect to output parts of the mold, motor, inverter, solenoid valve, heater and.. The output components show how the system works and are directly affected by the execution of the system control program. In PLC outputs, there are different modes for applying a signal to the output elements.
The role of programmable controllers (PLCs) in industrial automation
In an automation system, the PLC acts as the heart of the control system. The PLC always checks the status of the system when running a control program stored in its memory. Do this by getting feedback from the input components and Sensors he is doing it. It then transmits this information to its control program, makes decisions about how the machine works, and finally sends the necessary commands to the relevant parts and devices.

control panels Nowadays, conventional control panels (relays) are much less used. Because they have many disadvantages. Because these types of panels are controlled by electromechanical relays, they gain more weight, wiring the panels requires a lot of work and complicates the system a lot. As a result, troubleshooting and troubleshooting is very laborious, and to make the necessary changes each year or update the system, you have to stop the car for a long time, which will not be cost-effective. In addition, the power consumption of these boards is very high.
With the advent of PLC, the concept of control and design of control systems has evolved significantly and the use of these controllers has many benefits.

We have mentioned some of these cases below. By studying it, we can understand the difference between PLC and other control systems:

Compared to older panels in PLC-based systems, the need for auxiliary components such as relays, counters, timers, A / D and D / A and. Converters is much less. This has also led to a significant reduction in the wiring, complexity and weight of the panels in new systems.