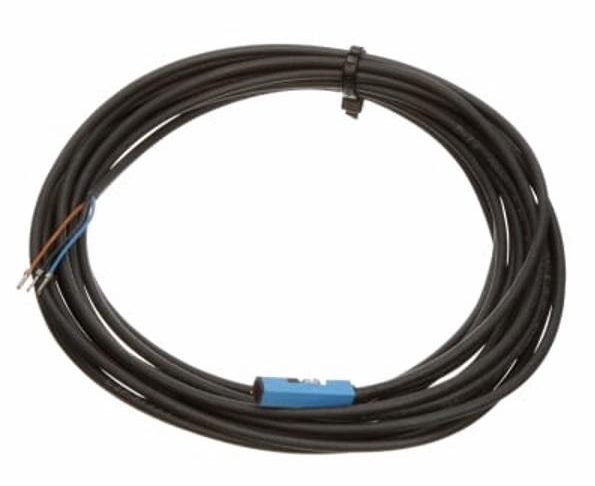 What is a Pneumatic Jack Sensor?

Sensors are used to provide position feedback to control systems in automated machinery and equipment. Pneumatic jacks use sensors to detect the linear position of the piston for applications where position feedback is critical. The most common type of sensor used for pneumatic cylinders are magnetic proximity sensors that detect the magnetic field of a magnet in a piston jack. The sensor is mounted on the body of the pneumatic jack and indicates “disconnected” or “connected” depending on the proximity of the magnet. Depending on the application, different magnetic proximity sensor technologies can be used to maximize performance, space and reliability.

Why use a sensor for a pneumatic jack?

Linear Position Sensors Pneumatic jacks are used to detect the linear position of the piston during operation. Pneumatic cylinders are usually made with a magnet already attached to the piston, so magnetic proximity sensors can be used if desired. Depending on where the sensor is installed, it can detect stretches, retreats, or individual positions along the jack body. Multiple sensors can be connected to a pneumatic jack for multi-position feedback locations. Pneumatic cylinders with position sensors provide greater safety and feedback to ensure the location of the piston for important applications.

Two common types of pneumatic cylinder bodies are profiles, such as ISO 15552 or round, such as ISO 6432. Depending on the body type, there are different methods for installation. Installation methods can also vary with different types of sensors, so it is important to understand the type of jack body with the type of sensor.

Profile jacks are rectangular and have two easy ways to install sensors on the jack body. For pneumatic cylinders that comply with ISO 15552, there are grooves along the body that insert the sensor as shown below. The sensor (1) is then secured in place by a screw (3) with an adjusting screw (2). Other cylinders have a tie rod that runs the length of the cylinder body at all four corners. The sensors can be mounted on a tie rod and pulled to the proper position along the jack. 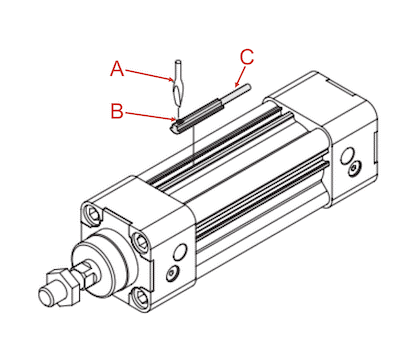 Figure: ISO 15552 pneumatic jack with sensor (C) mounted via screw (B) with screwdriver (A).

Round cylinders are usually smaller, such as ISO 6432. But the sensors can still be mounted on them using a circular strip around the jack housing. The bar should be marked according to the diameter of the jack. Once installed, the sensor and tape can slide along the jack and then fasten in place. The figure below shows an ISO 6432 pneumatic jack with a sensor mounted on it.

The reed switch sensor is a magnetic proximity sensor that lights up “ON” when a magnetic field of axial alignment is applied to it. The magnetic poles of an axial alignment magnet are located next to each other on the axial plane. As the axial magnet approaches the reed sensor, a magnetic field is generated parallel to the reed switch. A reed switch consists of a pair of ferromagnetic metal reeds enclosed in a sealed glass tube. Without the magnetic field (pictured above), the metal reeds are disconnected and the “OFF” sensor is turned off. When the cylindrical piston passes through the switch and exerts a magnetic field strong enough to absorb the reeds together (middle image in the figure below), the “ON” sensor turns on (image in the figure below). 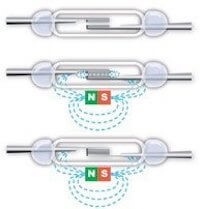 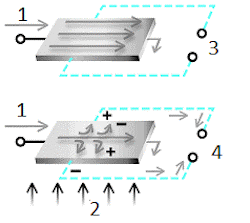 Unlike reed switch sensors, Hall effect sensors do not include moving components and will have a smaller installation footprint. The solid state design increases the life of the sensors due to abrasion-free operation and also makes them resistant to shock and vibration. Without having to overcome the inertia of mechanical components, Hall effect sensors are also suitable for important time applications that require rapid replacement. Similar to reed switch sensors, the magnetic direction is important for proper operation. In addition, Hall effect sensors are low sensitivity. Depending on the diameter and thickness of the jack body, the switching output may not be activated properly. Similar to reed switches, dual switch points are possible due to the low sensitivity of the sensors.

Magnetic Resistor (AMR) sensors are solid-state magnetic proximity sensors that turn on “ON” when a radial or axial magnetic field is applied to them. An AMR circuit includes a Wheatstone bridge circuit (Figure below) to measure resistance. The resistance of an AMR sensor decreases with the strength of the magnetic field, which leads to an increase in the voltage gradient in the AMR circuit. When the voltage across the circuit exceeds the switching threshold (Figure 3 below), the sensor output illuminates “ON” as shown in Figure 4 below. 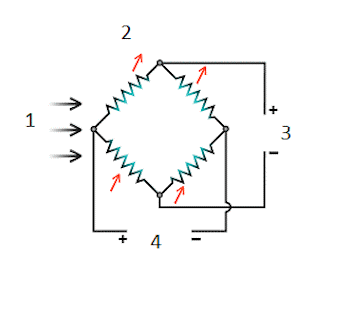 AMR sensors, like Hall effect sensors, are fast, wear-free, and shock and vibration resistant. The advantage of AMR sensors is that they are less sensitive than indoor sensors and respond well to changes in magnetic field strength. This improves piston detection at longer distances due to its ability to detect weaker magnetic fields. Due to the greater sensitivity, the possibility of changing two point switches is eliminated. In addition, the sensors detect axial and radial magnetic magnets. AMR sensors are more compact than switch reed sensors and are also competitive in cost. The disadvantage of AMR sensors is that they usually draw current continuously. For applications with low power consumption, a reed switch sensor may be a more appropriate sensor choice. 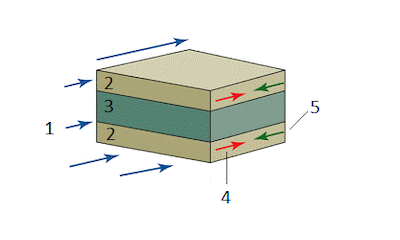 GMR sensors offer similar advantages to AMR sensors, however, they are even more sensitive to the presence of a magnetic field. High sensitivity also allows for a very compact sensor that is suitable for smaller and shorter cylinders. Although high sensitivity is useful for applications that require immediate sensor feedback, it may cause an unwanted output signal if disturbed by the surrounding magnetic fields. For example, near-high power environments (AC motors or AC input power) may interfere with the sensor signal and cause an unwanted error.

For most applications, the reed sensor is usually selected. They are a proven technology and have a long life cycle and vibration resistance to handle routine applications. However, other criteria that should be considered for special programs are:

PNP: The PNP output provides a path to supply positive output power. This is also commonly known as “sourcing sensors”. PNP is more common in North America and Europe.

NPN: The NPN output provides a path to ground supply. This is also commonly known as a “sinking sensor”. NPN is more popular in Asia.