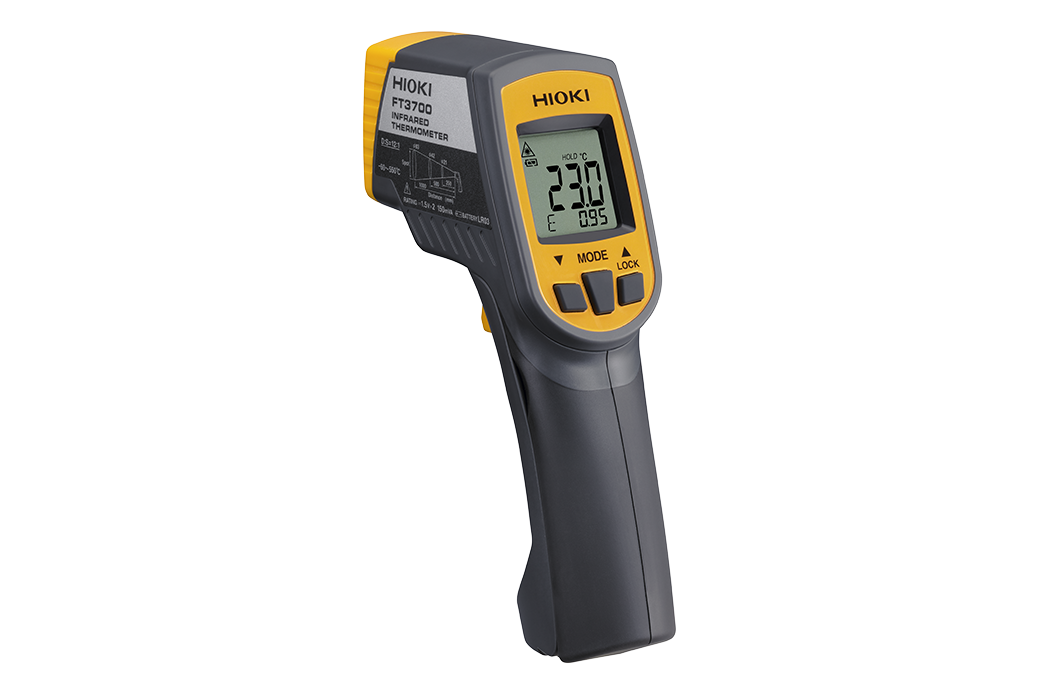 As the temperature increases, the wavelength of the heat radiation decreases. Infrared wavelengths from 2 to 20 micrometers Near-infrared waves from 0.7 to 2 micrometers, visible from 0.4 to 0.7 micrometers and ultraviolet from 0.04 to 0.4 micrometers. At very high temperatures, hot objects emit X-rays and gamma rays.

In industrial applications, most of the heat radiation occurs in the infrared range. Therefore, these types of thermometers are often known as red thermometers.

A radiant thermometer in its simplest form consists of a system and an optical detector. The optical system focuses the energy emitted by the object on a detector that is sensitive to radiation. The output of the detector is proportional to the energy radiated by the object and according to the wavelengths of the radiation. This output can be used to determine the temperature of the object. The diffusion or propagation intensity of an object is an important variable for converting the detector output to a temperature signal.

Because it is suitable for measuring temperature to determine moving objects or any surface that can not be approached or touched.

A black body is a body that absorbs all the radiant energy it encounters. The black body is also a complete diffuser. Hence both the amount of adsorption and the diffusion capacity are equal to one. A black body emits energy in a specific spectral distribution and intensity.

The ratio of the energy radiated by a real body to the amount of energy radiated by a black body under the same conditions is called the emission rate. The other two optical characteristics of the object are the reflection rate and the transmission rate. For an object whose temperature is constant, the sum of R, E, and T for each wavelength is always equal to 1. Radiation thermometer collects radiation from these three energy sources at the wavelength at which it is sensitive. For best results, the emission rate should be high and the reflection rate should be low. The transfer rate of most solid objects is close to zero.

The terms diffusion intensity and diffusivity are often used interchangeably. However, there is a special difference between them. Diffusion capabilities are related to the properties of the material back, and diffusion intensity is related to the properties of a particular object. Emissibility is only one factor in determining the intensity of emission. Other factors, including the shape of the object being oxidized and how the surface of the object is polished, must also be considered. In addition, the diffusion intensity of the material depends on the temperature and wavelength at which it is measured.

The basic relation used to describe the output of a radiant thermometer is as follows:

A thermometer should be selected in such a way that it has the least dependence on changes in the intensity of the object and the effect of any parameter that affects its output is small. For this purpose, the selected thermometer should have the highest N value. An optical system or energy absorption emitted by gases in the path of radiation has less effect on the displayed temperature.

Radiation thermometers include an optical system to collect the energy emitted by the object, a detector to convert energy into an electrical signal, an emission regulator to match the thermometer calibration to the specific emission characteristics of the object, and an ambient temperature compensation circuit to ensure The ineffectiveness of temperature changes inside the thermometer is due to environmental conditions.

Types of radiation thermometers include: