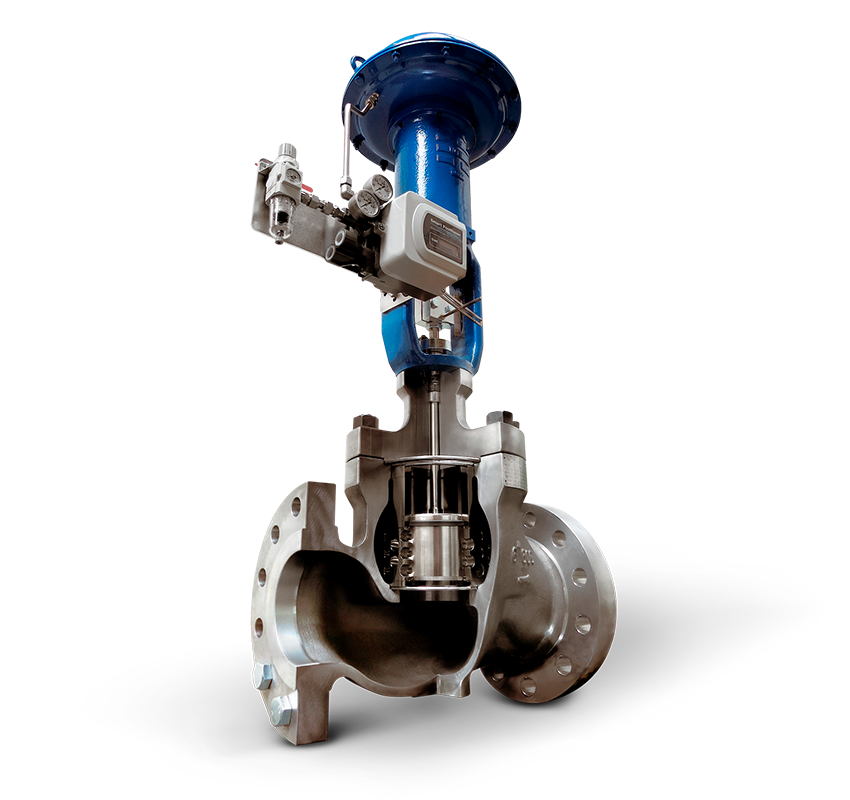 Control valve problems can have many causes. Here are the most common reasons. If the fluid trapped by the throttle valve is a liquid (as opposed to gas or steam), and its absolute pressure is less than the vapor pressure of the substance, the liquid will begin to boil. This phenomenon is called flashing when it occurs inside a control valve. As the diagram shows, the lowest pressure point inside the valve (called a venous-contraction pressure, or Pvc) is where the flushing occurs.

Both gas and liquid control valves may experience what is commonly known as choke flow. Simply put, “choked flow” is a condition in which the flow rate through the valve does not change significantly as the downstream pressure decreases. In a gas control valve, suffocation occurs when the gas reaches the speed of sound for that gas. This is often referred to as critical or acoustic current. In the fluid control valve, suffocation occurs with the onset of flashing. The reason for the relationship between acoustic velocity and flow capacity for a control valve is related to the propagation of pressure changes in fluids.

An undesirable oscillation of considerable magnitude that prolongs after the disappearance of external stimuli. Hunting is sometimes called the cycle or limit cycle, evidence of operation at or near stability. In control valve applications, the Hunting appears as an oscillation in the loading pressure on the actuator due to instability in the control system or valve position.

Valve components tend to vibrate whenever they are exposed to turbulent flow at high speeds. Therefore, standard valve controls will be noisy in high pressure drop applications, especially in cases where the flow rate is high, because the low pressure experienced downstream of the seat ring (in the contraction vein) is associated with very high velocities. It rises rapidly.

A common problem for controlling the valves used in the slurry service (in which the process fluid of a liquid contains a significant amount of hard and solid particles) is erosion, in which part and the valve body wear out due to the passage of solid particles. Another cause of erosion in control valves is wet steam, where the steam contains liquid water droplets that are moved at high speed by the steam stream. The steam may also “cut” other parts of the valve if it leaks. Any fluid fast enough can cause severe damage to the valve components.

If these components are not carefully selected for proper service, corrosive chemicals may attack the metal components of the control valves. The effects of corrosion multiply when combined with the effects of cavitation. Most metals, in response to a chemical attack, form something called an inactive layer / oxidation. Rust on steel, or aluminum oxide on aluminum, are both common examples of oxidation of metal. This leads to the rapid destruction of milk components.