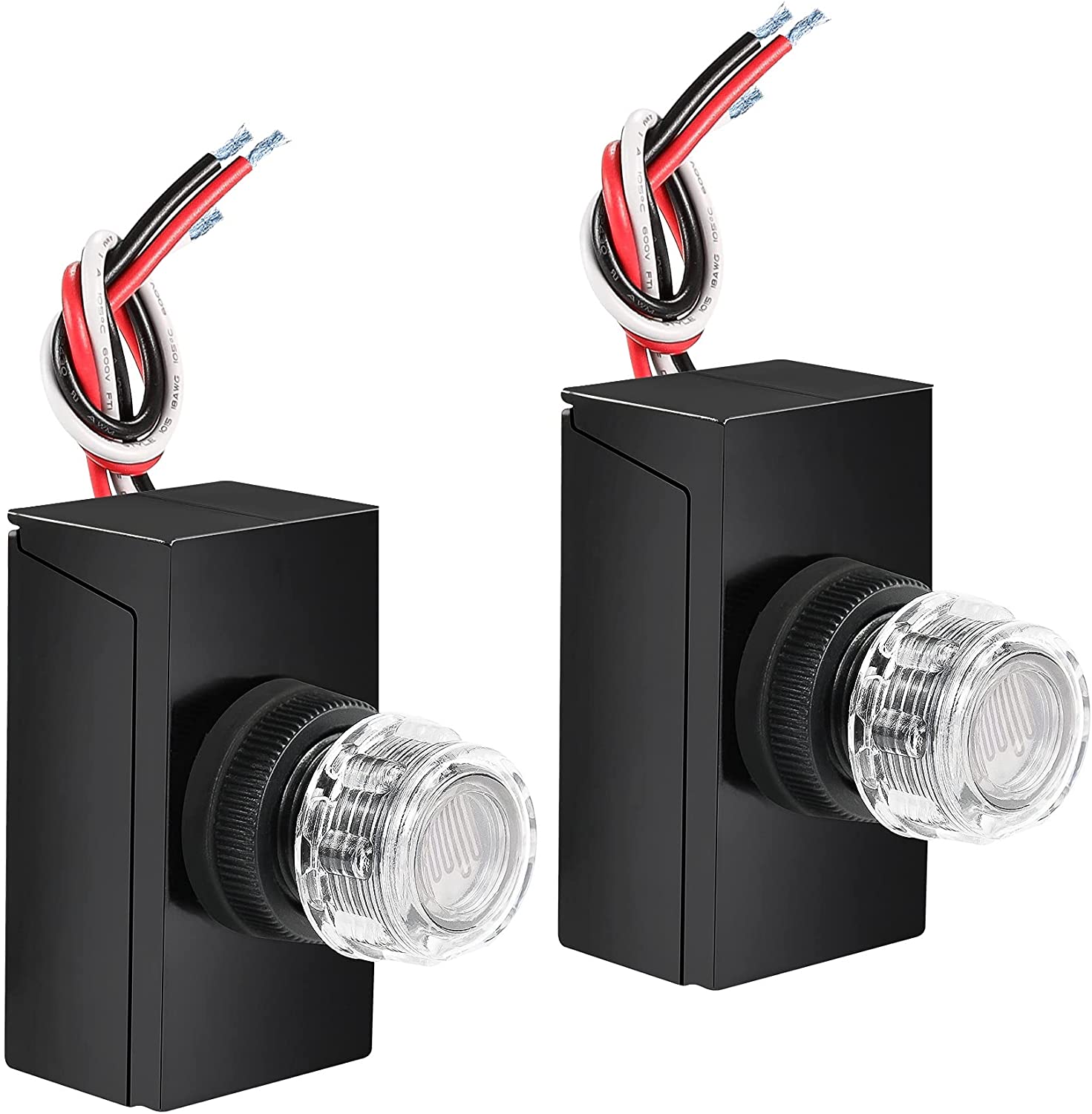 Photocells are sensors that allow light to be detected.

They are small, cheap, low power and easy to use.

This is why they are often used in tools and most applications. 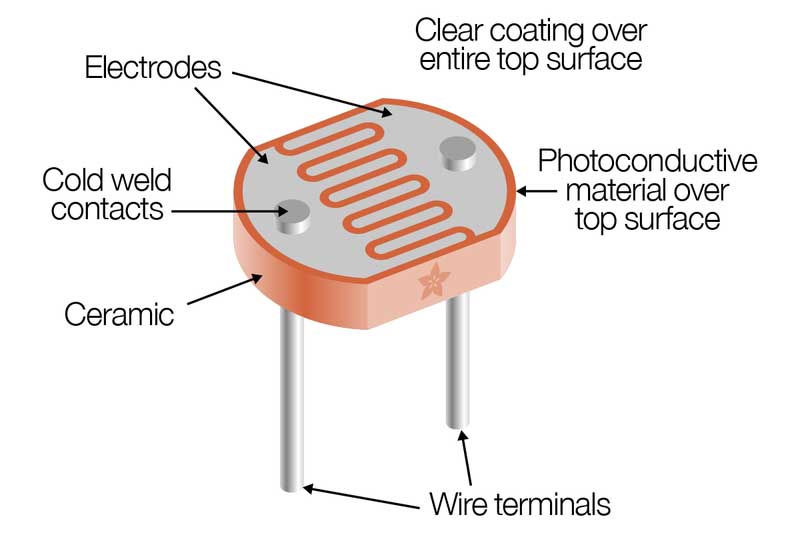 Photocells are basically resistors that change their resistance (in ohms) depending on how much light shines on them.

They are very inexpensive and come in many sizes and specifications but are not very accurate.

Each photocell sensor operates slightly differently from the other, even if they are from the same category.

The variations can be really large, 50% or higher so they should not be used to determine the exact light level.

Instead you can expect to determine only the base light changes.

Almost all photocells, although similar, have slightly different specifications.

In fact, by referring to the data sheet, the following can be realized:

In fact, photocells respond to light between the wavelengths of purple (400 nm) and orange (600 nm), and their peak is around the green wavelength (520 nm).

Approximately up to 100 volts, less than 1 mA on average (depending on power supply voltage).

The simplest way to determine how a photocell works is to attach a multimeter to the two resistor pins in the resistance measurement mode and see how the resistor changes while shading the sensor by hand, turning off the lights, and so on. Shown in the figure below. 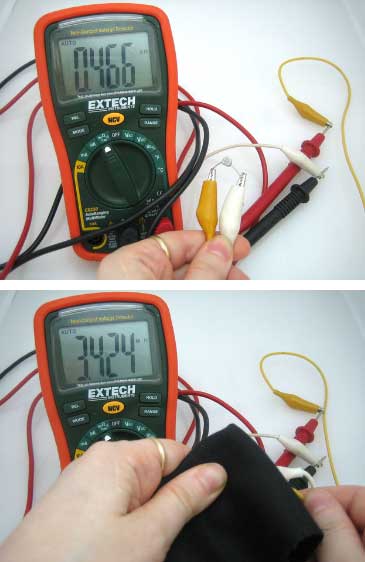 How to connect a photocell

Photocells are very durable and can be easily soldered.

The only care that should be taken is to avoid bending the bases in epoxy sensors because if they bend too much, they will break.

Application of photocells in street lamps

1- Application of photocells in automatic lamps

Photocells are commonly used to turn lights on and off automatically in homes and streets.

How the photocell switch works is that when it is during the day, the photocell generates a voltage due to the presence of light, which commands a relay (a kind of automatic switch on and off) that cuts off the street lighting circuit.

2- Application of photocells in solar cells

Today, photocells are used to convert light emitted from the sun into electricity, and thus it is referred to as a source of clean electricity, which is gaining in popularity day by day.

They use silicon solar batteries to power Earth satellites and spacecraft.

Using a photocell, a smoke-sensitive circuit can be built that is widely used and many companies now produce different types of it.

4- Application of photocell in the lens of cameras

Another application of photocells is used in the lens of cameras so that when the lighting conditions change, the camera can change to different modes and take a good photo.